What is a NFT? And 3 Reasons Athletes Should Mint One 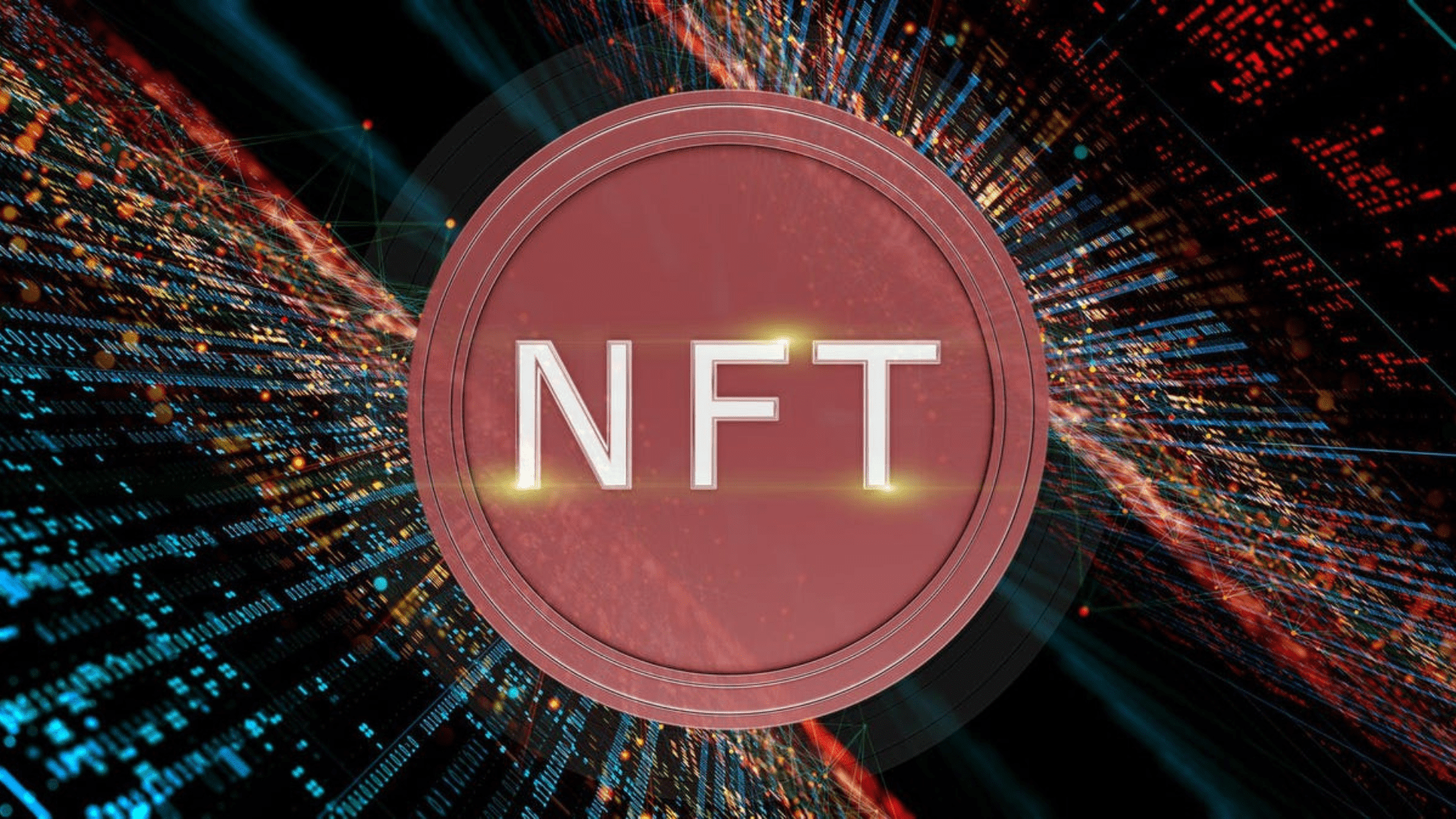 While all that was taking place, the world saw the rise of crypto, NFT’s, web 3.0, and the metaverse.

The sports industry likes to stay on top of hot trends and offer an early glimpse of the future.

Let’s take a look at how NFT’s and NIL have collided (and how you can profit from it).

What is a NFT?

We could spend all day discussing NFT’s and what they really are so I’ll just sum it up for you.

A non-fungible token (NFT) is a unique digital asset that represents ownership of real-world items like art, video clips, music, and more.

NFTs use the same blockchain technology that powers cryptocurrencies, but they’re not a currency. Think of it like an authentic digital baseball card or ticket.

We first saw the rise of NFT’s with NBA TopShots and it has now trickled down to college & high school sports.

Evan Mobley declared for the NBA draft by releasing his own NFT that also included two signed jerseys and two tickets to a game with a meet and greet – it sold for 2.1 ether.

When the transaction happened in April it was equivalent to $2,163. Now it’s worth over $8,000. Volatility is evident in crypto and also NFTs.

NFT’s and NIL in College Sports

Oregon defensive lineman Kayvon Thibodeaux, who is projected to go #1 in the NFL Draft, recently released his own NFT.

He was the first college athlete to utilize NFT’s and NIL.

We can expect to see more of these in the future.

In September, NFT platform RECUR announced a $50 million Series A round of funding. They also revealed the launch of NFTU, a digital marketplace for collegiate sports collectibles.

Players will able to sell digital assets and have a locker-room of their collectibles.

I get it – this topic is very new and can be confusing. But stick with me because this is where technology is going and it’s not slowing down anytime soon.

Non-fungible tokens can be considered modern-day collectibles. They’re bought and sold online, and represent a digital proof of ownership of any given item.

An NFT is a digital asset such as:

Non-fungible tokens are super customizable, and anything that you see on your computer or phone can become an NFT.

But aren’t just the top athletes going to be able to profit from this? What about the other 99% of college athletes?

Three years ago, Monmouth basketball became famous during the NCAA tournament because of the 3-point celebrations the bench was doing. If NIL was around then, these individuals would have been able to profit off of that.

Maybe those bench players came together, and they worked with local artists to turn those celebrations into small digital art pieces or videos.

And now we’re giving opportunities to people who don’t have that household name brand. The key is leveraging social media.

For those of you who still don’t see the appeal in a digital collectible, the concept of NFTs could still prove pervasive.

Teams will use the technology for ticketing, turning what’s already a scannable ticket on a phone into an NFT programmed to give royalties to the team and making them easy to authenticate on the secondary market.

If you’re a season-ticket holder, you might get a specialized NFT that entitles you to an experience like meeting a player.

The main function of NFT’s in sports will most likely be buying the experience and the perks that come along with it.

How Can You Profit from NFTs?

If you take anything away from this article it’s that if you know how to leverage social media as an athlete you’ll have plenty of opportunities presented to you.

Whether you’re the star quarterback at a major university or the women’s field hockey goalie at a small junior college doesn’t matter.

If you can grow a social media following that is engaged you’ll have plenty of options for monetization, including NFTs.

As NIL continues to evolve and NFT’s become more mainstream I expect athletic departments at universities to start providing opportunities in terms of these digital tokens.

It’s only a matter of time before every ticket for admission to games is a NFT.

The future is here. Strap in because it’s going to be a wild ride!

3 Reasons Athletes Should Mint an NFT

This is directed towards athletes, but is applicable to everyone.

As an athlete you have a built in fanbase. It starts in high school, grows immensely in college, and continues in to the pros.

You’d be surprised how many young kids look up to you and the amount of random people that follow your journey. Some of your biggest fans are behind-the-scenes.

Thanks to NFT’s (and NIL) you can now take advantage of this.

By selling an NFT you’ll be able to provide your fans with a more personalized experience and make them feel special.

Here are some things I advise athletes to do:

Separate your drop into an exclusive and generic section.

The generic NFT’s will act more like an art piece that can be resold and the exclusive NFT will cost more for the buyer, but give them access to you personally – signed gear, meet-and-greet, front row seats, etc

Attach a charity to the NFT drop, this will get more people involved. 10-20% of profits is reasonable.

Hire a really good artist that will make a collectible worth showing off. This will attract buyers who might not even know who you are.

Before we reach the other reasons NFT’s are important for athletes, let me show you where the best place to sell them is in terms of ease of use and real-world utility.

Where to Sell Your NFT’s

There are an array of NFT marketplaces to sell on:

A quick google search will do the trick.

Related: How Athletes Can Sell Their Own NFT: Step-By-Step Guide

Every time your NFT is resold you are entitled to a percentage of the profits.

This equates to passive income.

The idea of purchasing digital items is still so new that the power of a secondary market is not yet realized. In 5 years, people will understand this much better – but it will be too late by then to capitalize on it.

Let’s look at an example:

A Peyton Manning Super Bowl 50 signed card is being sold for $300 in the physical world today.

When it sells on this secondary market, Peyton Manning gets $0.

But if after Super Bowl 50 Peyton Manning got this same card + signature digitized and sold it as an NFT – he would profit off the initial sale and every time the card resold.

NFT’s reward the initial creator long after the first sale.

An NFT created today, might still be making you money 10 years from now.

But what fuels that is the appreciation in value.

If you buy a house and hold it for 10 years – usually you’ll be able to sell it for more than you bought it.

Just as homes can appreciate in value, so can NFTs.

Let’s use McKenzie Milton as our example.

The Florida State QB created and sold his own NFT through Dreamfield. The first collectible was purchased for 0.35 ETH or roughly $1,500 USD.

Milton would have received the majority of this sale – minus the small percentage fees taken out from OpenSea, Dreamfield, and any Ethereum gas fees.

Now let’s hypothesize and say Milton goes on to become an all-star QB in the NFL.

This NFT will most likely have a large increase in value. Why? Because it’s authentic and rare.

But in this new digital world, the card is directly tied to Milton and he receives say a 3% cut from the resell or roughly $1,500.

The original purchaser is happy as they made a nice return on investment and Milton is happy because he got rewarded for appreciating the value of the card.

The POWER of NFT’s.

Ignore the noise – the long-term value of NFT’s is real, especially in the sports world.

PrevPreviousShould College Athletes Get Paid? And NIL as an Alternative
Next4 Reasons NIL is Great For Athletes (and Brands)Next