Under 18% of Athletes Invest Their Money 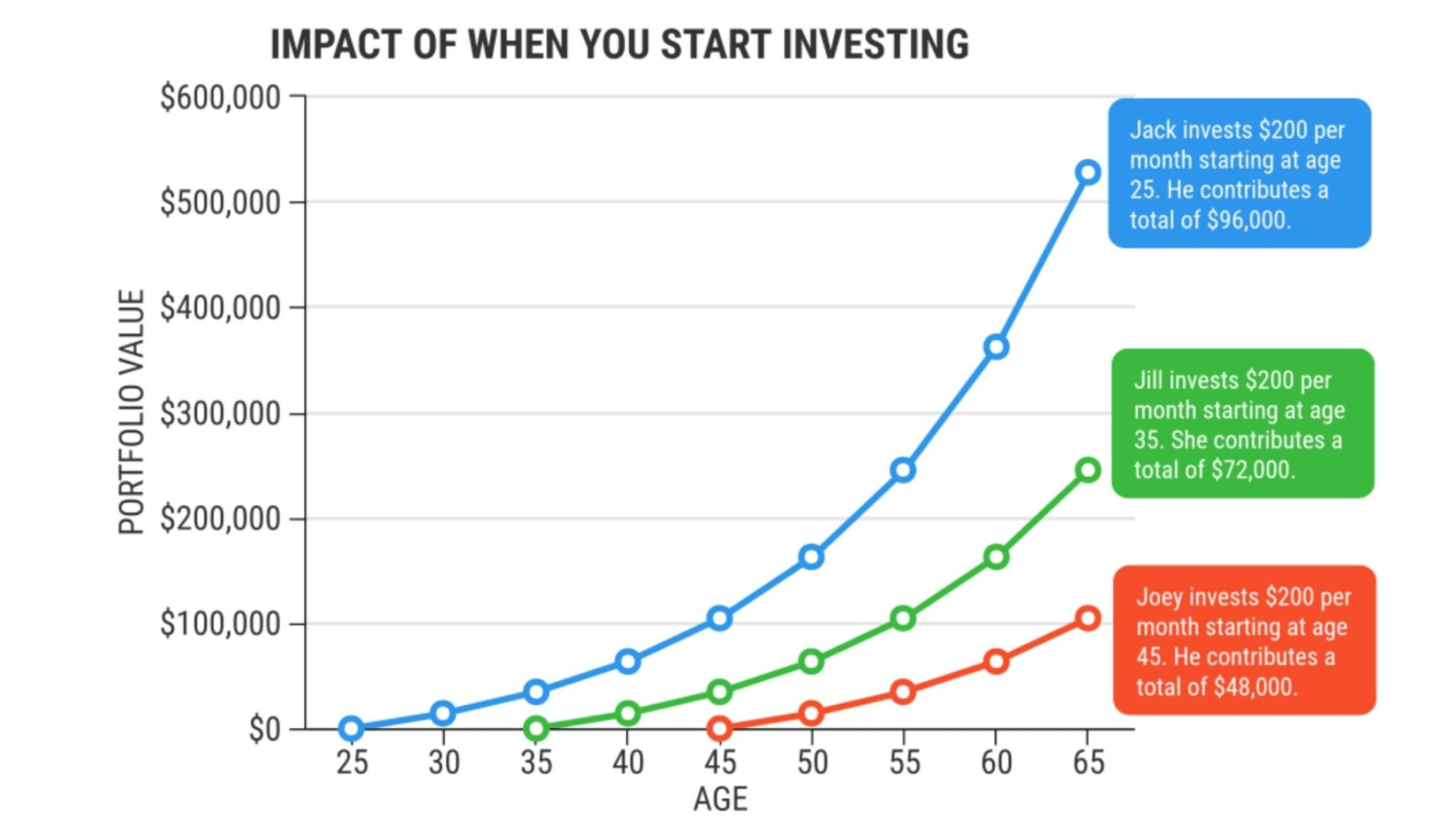 I still remember when I opted out of the dining hall plan and decided to cook for myself.

Since it was included in my athletic scholarship, they sent me a check for a little over $3k.

That was the first time in my life I didn’t spend an influx of money on pointless stuff, but decided to invest it in stocks.

I budgeted out how much I needed for food and then put the remaining amount in my Robinhood account.

For me it became:

It was an easy choice.

The Power of the Compound Effect

Financial literacy is something I always stress to student-athletes (even more so now with NIL).

Only 18% of college students invest in the stock market. So, I’d imagine that number is even lower for collegiate student-athletes.

When I was at Boston University, there were only 3 kids out of 18 that invested on our team.

I started investing in stocks. My two roommates became interested and I got them hooked.

The System is Rigged

The bottom line is the system is rigged. They don’t teach you anything in school about money.

They’ll teach you about pointless stuff, but nothing about how to become financially independent.

You can go on YouTube and learn more about these concepts in a few hours than from 16 years of school.

Even at Boston University I was learning about complex financial models, but had no clue what to do with my own money.

And now with NIL, you’re giving the opportunity to 18 year old kids to make insane amounts of money through brand deals.

Zero chance that will go smoothly.

In my opinion, the best solution is education on the platforms they’re already using.

Kids spend countless hours on social media – if they follow a few accounts teaching financial literacy they’ll be light years ahead of their peers.

I plan on putting out a lot more NIL and financial literacy content in the near future.

More than 45 million individuals owe student debt. Of those students who graduated in 2019, roughly 70% of them took on student debt with the average student nearly $30,000 in debt.

The bottom line is most American adults aren’t financially literate. So how do you expect their kids to be?

PrevPreviousBYU’s NIL Deal Got Scholarships for 38 Walk-On Athletes
NextWhat You Need to Know About NIL (Name, Image, and Likeness).Next