The Business Behind NCAA March Madness 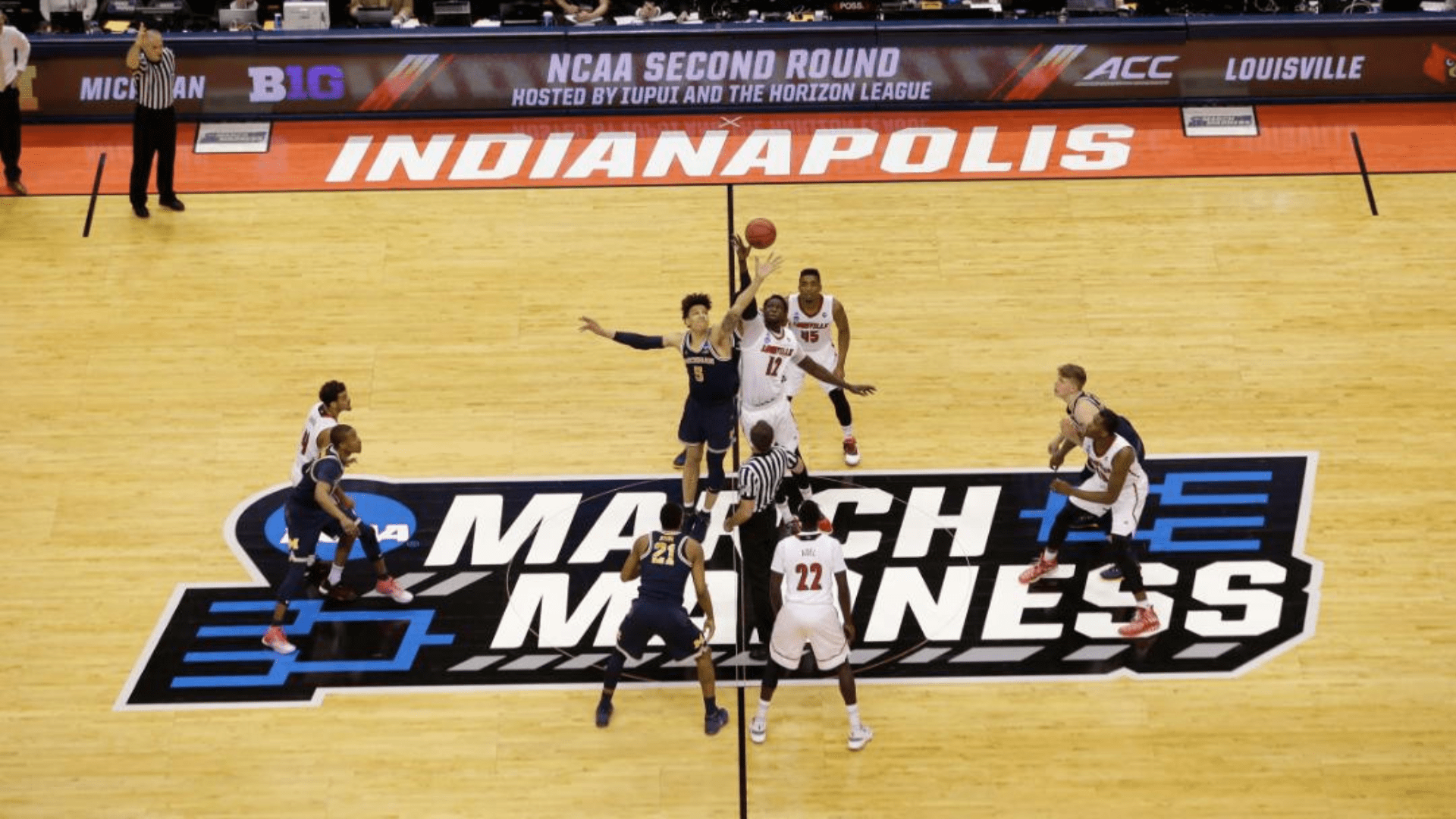 March is Big Business For Basketball

The NCAA is a fascinating organization. While it is technically a nonprofit, the country’s largest college sports association generates more than $1B in revenue each year.

However, that revenue is heavily concentrated in one event:

March Madness, the NCAA Division 1 basketball tournament played every spring, is the second biggest event in American sports (after the Super Bowl). 1

4 cities host 68 teams in a single-elimination tournament until a final champion is crowned in early April.

In 2010, CBS and Turner Sports signed a 14-year, $10.8B deal with the NCAA for exclusive broadcasting rights to all the games.

This chart from Bloomberg shows the average contract value per year.

March Madness now drives ~90% of the NCAA’s revenue — thanks to this lucrative broadcasting deal.

(Media contracts for the Power Five Football conferences and the College Football Playoff are separate from the NCAA).

In 2019, the last pre-COVID season, the NCAA generated $1.07B in total revenue with $855M of that coming from television and radio rights.

However, the COVID-19 pandemic disrupted this entire business model. With the cancellation of 2020’s March Madness Tournament, this revenue source was in jeopardy.

Insurance only paid out $270M, a far cry from the nearly $900M that was to be generated from the tournament.

This $600M revenue reduction directly affected member institutions. The majority of tournament broadcast revenue is allocated as “units” to different conferences based on how their teams perform each year.

A conference can divide up the money however it wants, but the NCAA suggests schools evenly split the payout, and most conferences follow the recommendation.

These units are paid out over six years, so their total value is the listed unit value x 6.

Last year, these units were worth $337,141 per year, and this amount typically grows each year. The lifetime value of a unit won in 2021 will likely be more than $3M.

Power Five Conferences that have lucrative independent broadcasting deals for football don’t depend on the March Madness units to survive; March Madness is a cherry on top. For smaller conferences, such as those with G5 and FCS football programs that lack large TV media contracts, March Madness is a significant portion of their budgets.

Thankfully, March Madness was back on track last year with nearly $900M in media contract revenue and $613M distributed to schools.

So why would CBS and TBS pay $900M for annual broadcasting rights?

Because they are printing money from advertising revenue.

Outside of the NFL playoffs (namely the Super Bowl), March Madness is the highest ad revenue-generating post-season in American sports.

Individual slots for 30-second ads run anywhere from a few hundred thousand dollars in the early rounds to $2M+ in the final.

With tens of millions of fans tuning into games from every corner of the country, March Madness provides a massive audience for advertisers.

How Much Money Do the Host Cities Make?

Meanwhile, Houston saw $300M in revenue directly attributed to hosting the Final Four in 2016, and Phoenix saw an additional $325M in 2017.

Hosting games, especially the Final Four, pays well. Because of this, the NCAA has a strict selection process.

According to NCAA guidelines, the primary criteria in evaluating the sites are:

The grand prize of a $300M payday is still worth the hassle though.

What Do Players Get Paid For March Madness?

2022 is the first year that NIL is allowed during March Madness.

For those unfamiliar, NIL, or Name, Image, & Likeness, was a new set of rules passed by the NCAA last summer that allows for college athletes to profit from their… name, image, and likeness. Before the new NIL rules, players were not eligible to receive compensation outside of scholarships and living expense stipends.

For the first time ever, players can cash in on their market values while still being college students.

Leading up to the tournament — we have seen several cool collabs:

Drew Timme inked a partnership with Dollar Shave Club behind their “chin-fluencer” campaign.

Outback Steakhouse found duos around the country that will be playing in the NCAA tournament for both men’s and women’s basketball:

And I’m sure more deals will be released as teams/players make deep runs in the tournament.

As we mentioned earlier, CBS and Turner Sports currently have an $8.8B extension with the NCAA for the rights to broadcast March Madness through 2032.

CBS and Turner Sports jointly operate and manage their corporate champions advertising program, which brings in over 60% of advertising revenue for the tournament. Participating partners are allowed to advertise across all 90 NCAA championships.

In years past, the only option was to run traditional TV/Digital Ads.

However, NIL rules changed the advertising game in 2022.

This year there are two new options for brands — they can sign athletes to be featured in their TV/Digital Ads, or they can skip paying CBS/Turner altogether and instead sign NIL deals with athletes who will push out the messages on their social media accounts.

Which of these options will perform better?

Jack and I both think option 2 would return a much higher ROI.

2022 will be an important trial run of testing for many major brands. Come the 2023 NCAA Tournament, we’ll see refined marketing strategies.

Thanks to March Madness, the NCAA is one of the richest “nonprofits” in the world.

For decades, the wealth was shared between the NCAA, its member institutions, and host cities — while players were hung out to dry.

However, new NIL rules have given athletes a chance to capitalize on their skills while they are playing.

March Madness is only getting bigger, and there is no telling how much money will be made and what value will be unlocked as this tournament continues to evolve.