Stock Market For Athletes (invest in their future) 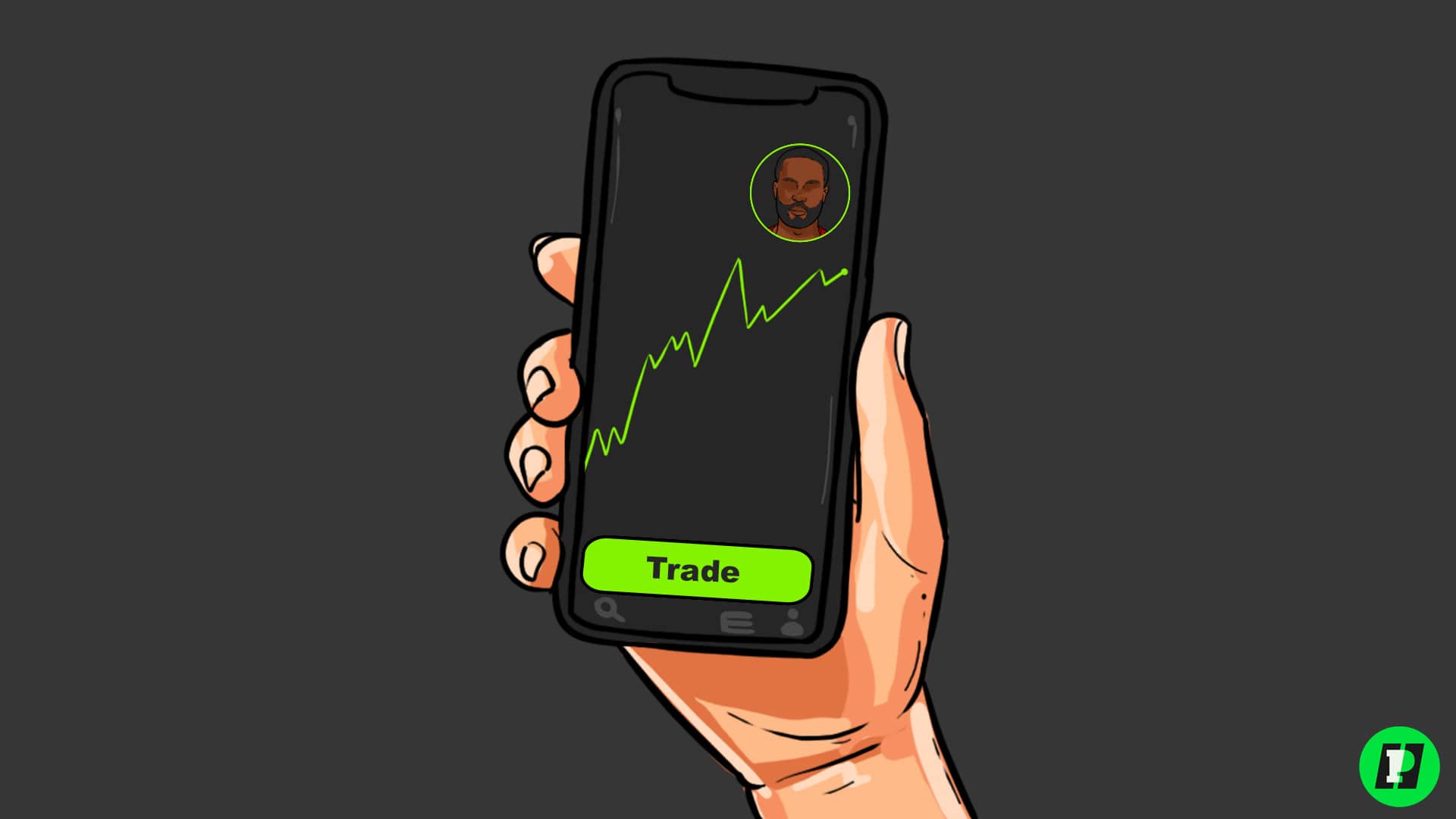 You log onto your phone and buy 50 shares of your choosing.

This is actually a reality in today’s time.

But I’m here to talk about #2 — investing in the future of athletes.

You ever see an athlete sign an insane contract and go “I wish I could gain some of that?”

I felt invested in TJ Watt’s future — I felt like I was a part of his journey.

What if there was a way to buy shares of your favorite athletes – just like a publicly traded company on the stock market?

Imagine getting the opportunity to invest early in the career of Lebron James or Patrick Mahomes.

You no longer have to wish for this…

The legalization of sports betting and the rise of collectibles have allowed investors to buy the upside in nearly everything.

Let’s take a look at where it all started.

In 2012, a San Francisco based company had the wild idea to “IPO athletes” and allow fans to buy into their future success.

A group of financial figures consisting of David Beirne, Buck French, and Dave Mullin came up with the plan.

To ignite the idea, they put together a talented board of directors:

FanTex had a simple agenda…

Fans could also buy into the athlete (like a stock) on their exchange platform.

Fantex found trading volumes were low (and many of the athletes never panned out). As a result, its commission-driven business model was not viable.

The idea was strong, but the market timing wasn’t right.

Over the past few years, we’ve seen the comeback of the “stock market for athletes”.

This is the basic framework for how most of the companies position themselves in the ecosystem:

Both of these companies claim to be the “first stock market” for athletes.

Started by Alex Rodriguez and Marc Lore, Mojo came out the gates swinging with a $70M fundraiser.

They label themselves as “DraftKings + Robinhood”, but for trading shares of athletes.

After recently raising a $3M seed round, Prediction Strike is ready to continue building out its platform.

A simulated stock market designed to allow users to invest in a “stock” of professional athletes.

The company is a new way for fans to engage with their favorite athletes’ performances while earning a real monetary return (monetizing their passion and fandom).

Both of these platforms are taking a similar approach to what FanTex attempted to do a decade ago.

Globatalent is an online Spanish platform that allows fans to invest in the careers of sports stars and receive part of their future incomes.

According to their CEO, users are the real owners — they don’t just dream of being them.

Globatalent is incentivizing fans to support their favorite clubs and athletes.

New fans hoping to turn a profit might jump into the scene and start tracking the injury history, stats, and season schedules of high-profile stars.

In a way, it’s no different than fantasy sports.

Fans can invest in an athletes’ seasonal earnings, as well as in the career earnings of up-and-coming younger talents.

Invested fans are entitled to a share of the athlete’s real-world earnings in the form of prize money and sponsorship deals.

Professional athletes can tokenize a certain amount of future season’s prize money and sell those shares as NFTs to fans via the FANtium’s platform.

So where is all of this headed…

The global sports market encompasses 97% of the world’s population and will soon become a trillion-dollar niche.

Innovators are constantly on the lookout for the next big thing — one of which is the ability to invest in the success of athletes.

A few companies in the past have attempted to do this and ended up falling short.

The evolution of sports betting, daily fantasy, alternative investments, web3, and athlete empowerment may prove to be the difference in timing.

Besides competing with each other, I think all of the companies mentioned in this article face significant other challenges.

It will be interesting to see how it plays out.

Would you invest “real money” in the future of an athlete?

One more side note…

Think about how mad fans get when they lose a fantasy sports matchup because their player drops a touchdown catch.

What happens when they invest real money into an athlete and they sustain a season-ending injury?

There are real-world consequences on both ends of this idea.

I hope we find the middle ground…

As I believe the platforms offer the potential for additional athlete monetization and fan engagement.

Fun times are ahead.