Shaq, Jeff Bezos, and two of his most incredible investments. 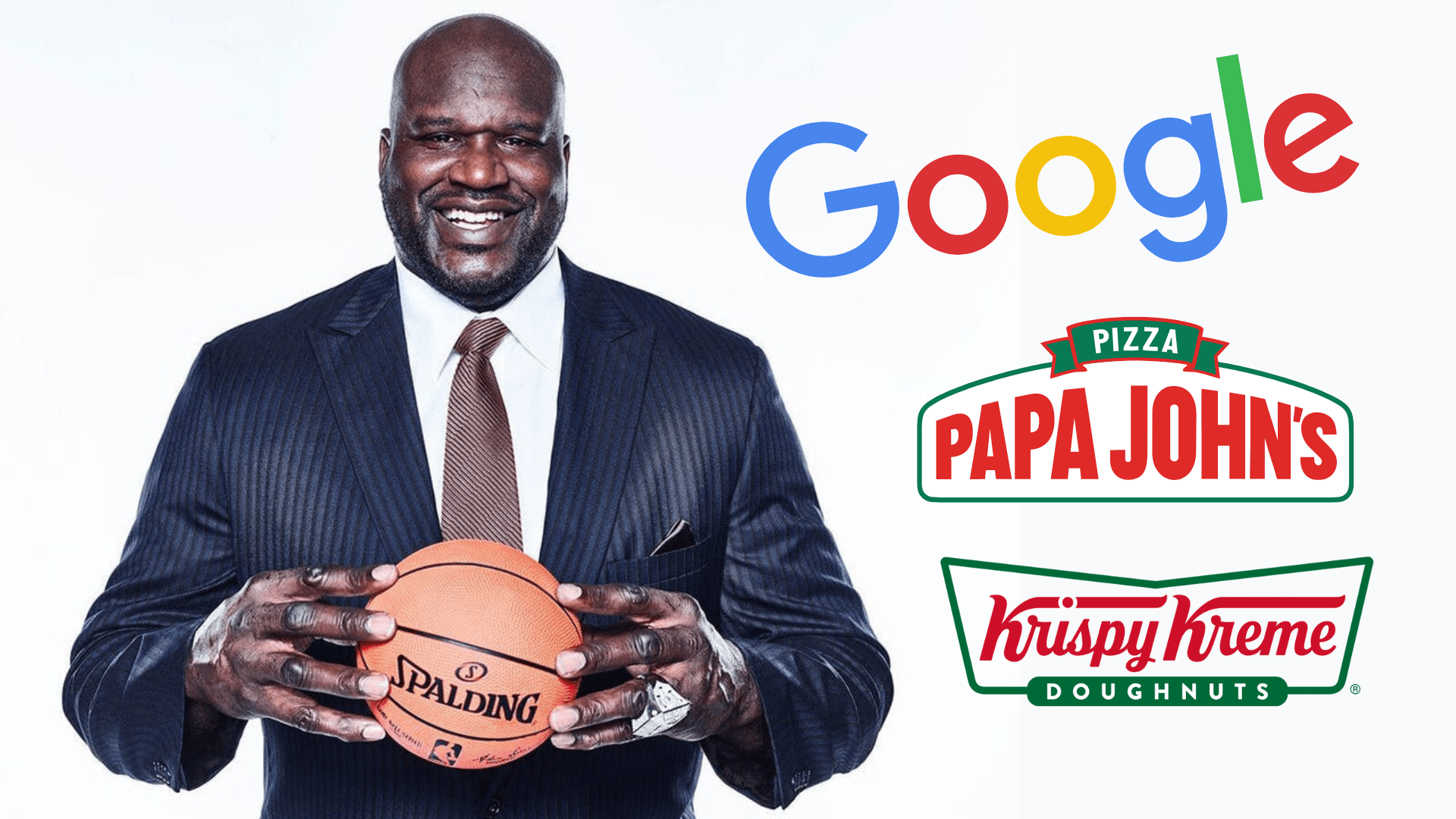 You may know Shaq as one of the greatest basketball players of all time.

But did you know…

He’s also one of the greatest athlete investors.

Today, you’ll be getting an inside look at the decisions behind two of his best investments.

It’s 1999 and Shaq is dominating the world of basketball.

Over the next three years, he will go on to win consecutive championships with the Lakers.

But what he did off the court is even more impressive…

After the season, Shaq is playing cards at the Beverly Hills Hotel.

He overhears two businessmen talking about search engines and that one day you’ll be able to type anything into your phone and it will come up.

To no surprise, it sparks his interest.

So what’s Shaq do?

He walks over to their table and asks “Can you please say that again?”.

The two gentlemen offer him a seat.

Not too long after, Shaq tells them “I would like to invest in this”.

He and his business partner invest a sizeable sum into Google’s Series A at a $100 million valuation.

For reference, in 2021 Google did $257B in revenue and could soon eclipse the $2 trillion valuation mark.

Shaq still owns some of those shares.

It’s safe to say he made a boatload.

Beginner’s luck? Being in the right place at the right time?

A deliberately executed plan by Google execs to get in front of Shaq?

No matter what the circumstances, it is still one of the best investments of all time, athlete or not.

Before touching on Shaq’s next great venture, I want to review some things he said about weighing opportunities and what his investment criteria looks like.

Whether you’re in venture capital, private equity, wealth management, or just a retail investor — I think there are lessons here for everyone.

To start, Shaq realizes that he has access to opportunities that not many others have the benefit of.

With that said, a lot of junk crosses his desk and many of these deals hurt him early on.

“I heard Jeff Bezos say that he makes his investments based on if it’s going to change people’s lives… Once I started doing that strategy, I probably quadrupled what I’m worth.”

Here’s a quote from Shaq that sums it up perfectly:

“When I do business it’s never about the monetary aspect. It’s about changing people’s lives. Focus on that and the money will follow.”

5 years ago, Shaq was having a problem with people stealing packages off of his doorstep.

So he called a security company to have them install a few cameras.

They look around the property and do their “free” assessment.

That’s what they quote Shaq’s house at. He tells them to leave.

Not long after, Shaq is at BestBuy and he sees this little camera by the name of Ring.

He sets it up on his front door and heads off to China for a business trip.

While in Asia, someone rings his doorbell.

Shaq is able to talk with them across the world thanks to the Ring device he installed.

Shaq shows up at a Ring conference and tells them that he’s going to invest in their company and that they’re also going to pay him to do commercials.

Both happen and a little over a year later Jeff Bezos/Amazon acquire Ring for $1 billion.

The Ring team was on Shark Tank in 2013 and every single investor turned them down.

I’ll leave you with this quote from Shaq himself.

“I want to be something more than Shaq. That Shaq “guy” is going to fade away because you got Steph Curry and all these guys stepping up. But Dr. Shaquille O’Neal will be around forever.”

I hope you enjoyed this piece.

Shaq is a fantastic entrepreneur who has made some incredible business moves throughout his life.