Ronaldo Has The Greatest NIL Deal In History 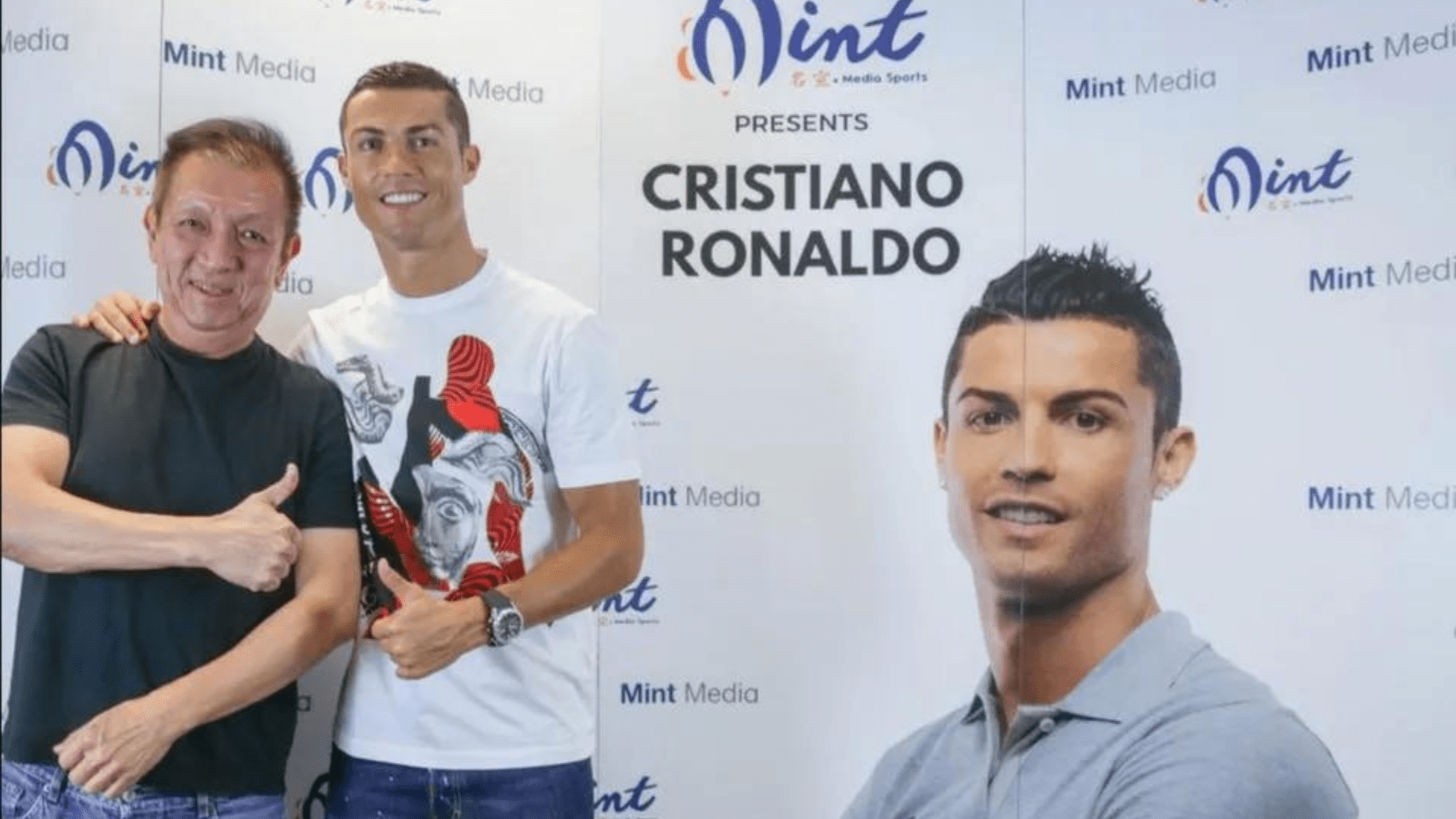 One-click and he can afford a new house.

Another click and he could buy 188,235 bowls at Chipotle.

He is able to charge these crazy sums because he is extremely popular on the photo-sharing app.

With over 469M followers, the European soccer star is the most followed user in the world.

And all of this is ironic…

Because Ronaldo doesn’t even own his name, image, and likeness rights.

He sold them to an Asian business tycoon.

Christiano Ronaldo has been one of the best soccer players in the world for many years now.

His success has led to clubs and sponsors giving him millions every year.

But these lucrative contracts will eventually end.

This is why Ronaldo has opened hotels, fitness centers, restaurants, apparel companies, and even a chain of hair transplant clinics.

The Pestana CR7 hotels are expanding across the world, and in 2019, the hair transplant clinics generated more than $114M.

What were the keys to Ronaldo’s off-the-field success?

To truly understand the magic behind the CR7 brand we need to take a look at two very important moments that have shaped his business empire.

As previously mentioned, Ronaldo is the most famous human being on Instagram with 469 million followers.

How is this possible?

His posts can be broken down into four main categories.

Ronaldo understands that each category attracts a completely different audience.

When he posts a photo in a Manchester United shirt, he gets an audience of football fans.

When he’s on the beach, he gets another, completely different audience.

A photo of Ronaldo in front of his Bugatti received 8 million more likes than an image of him lifting the Serie A trophy with Juventus.

By consistently posting in each category, Ronaldo is able to grow his audience from each of these unique angles — attracting soccer fans and those who enjoy his luxury lifestyle or admire his incredible physique.

Soccer is not even his most popular audience.

In 2015, Ronaldo sold his image rights to Peter Lim, the current owner of the Valencia FC soccer club in Spain.

Here’s a quick refresher for the newbies…

NIL rights can be defined as a person’s likeness, that is their image, name, nickname, voice, signature, and any other characteristic that is unique to them.

Whenever a company wishes to use the likeness of an athlete in an advertisement, they must obtain permission, usually in return for a large fee.

Essentially, the player has ownership of their image and has the power to use it for money or give someone else permission to do so.

In 2009, Ronaldo handed over a large amount of his NIL rights to Real Madrid.

The idea was that Madrid could use their global brand to exploit his image for money.

It was a standard clause that all Madrid players have in their contract.

As he gained worldwide fame, Ronaldo started to notice the value of his image rights and, in 2013, he re-negotiated majority control of his image from Real Madrid.

The matter was so important to him that he almost left the club over it.

But in the end, they found an agreement.

Ronaldo then decided to sell his personal image rights to Peter Lim, a Singaporean businessman.

The company could decide when to allow his image to be used for advertisements, video games, and merchandise.

Why Would Ronaldo Give Up His NIL Rights?

When the deal was announced, Ronaldo explained:

“This is a very strategic move for me and my management team to take the Cristiano Ronaldo brand to the next level, especially in Asia.”

Ronaldo spotted an opportunity to diversify his audience and expand his popularity by entering the Asian market.

The Singaporean is one of the most prominent businessmen in the region.

Peter Lim and Ronaldo are looking to capitalize on the worldwide fame of the CR7 brand with the launch of ZUJU GP.

The tech company aims to create a football platform that bridges Asia and the west.

While it is not entirely clear what the company will do, the website claims they plan to help fans watch live games virtually, buy merchandise, engage with players, and even bet on matches.

The strategy appears to be working, as Ronaldo is consistently ranked as the most popular footballer among Chinese fans.

Korean fans even called for Juventus to be sued after Ronaldo failed to make an appearance during a pre-season friendly against a Korean all-star team.

From shirtless selfies to selling his NIL rights, each decision was designed to introduce Ronaldo to new audiences.

He has reached a level of followers like nobody before him.

Who knows how it would have worked out had he not negotiated his image rights from Real Madrid and teamed up with Peter Lim?