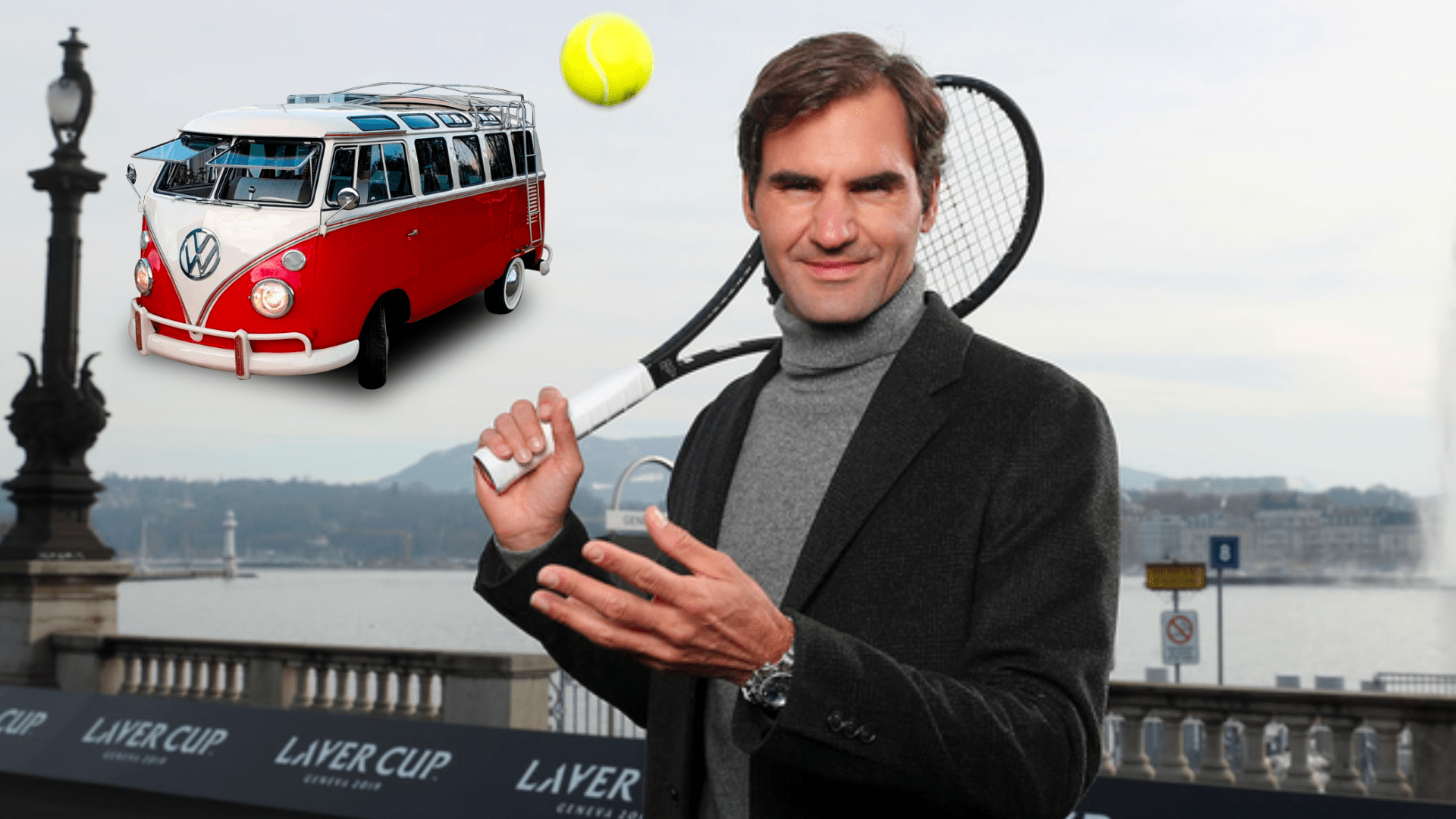 In a 2-week span, two of the greatest players of all time have hung up their jerseys.

While it’s sad to see them go — both of them are sure to stay relevant in the coming years off the court.

However, they’re both building wealth in different ways. Let’s get to it.

Roger Federer grew up in northern Switzerland to a Swiss father and South African mother.

After avoiding mandatory military service in 1998, Federer turned pro and never looked back:

He dominated off the court as well…

Federer is one of six athletes who have earned more than $1 billion while still playing.

Much of this can be credited to the ~$90M in endorsements he earned annually.

There is enormous pressure on athletes to leverage their cash and social influence early in their career, however, Federer waited until he saw the light at the end of the tunnel to enter this new domain.

It’s important to note that social media was in its early days as Federer was on the come-up.

Athletes today face a much different scenario (and pressure).

One of Federer’s earliest investments was in the private jet company NetJets — which Warren Buffett purchased in 1998.

The company did over $2B in revenue last year, earning Federer some nice dividends.

Up until 2018, Federer had a $10M annual sponsorship deal with Nike.

But they parted ways after 20+ years.

There’s an unwritten rule in the sponsorship world that only 10% of revenue should be spent on athlete endorsements.

Nike already had deals with other younger tennis stars, like:

How did he respond?

The deal had some friendly provisions as well:

They brought him on as a shareholder (owned equity), ambassador (received marketing fees), and produced his own shoe line (% of sales).

The company took off…

After dilution, Federer owned ~3% of OnRunning. This equated to about $300M in stock.

Taking it a Step Further

Early in his career, Federer was focused on one thing.

That’s what 99% of athletes should be wrapped up in.

That’s what 99% of business professionals should be wrapped up in.

That’s what you and I should be wrapped up in.

Perfect your craft — the accolades, money, and goals will follow.

What I respect most about Serena and Roger is that they’ve stayed true to who they are throughout their careers.

The success didn’t change them…

As a wise sage once said: “If you want to know the true character of a person, give them these three things: money, fame, and influence”.

But one thing has changed…

Their business moves off the court.

Early in their careers, both focused on winning, which led to prize money and juicy endorsement deals.

As the cash piled up, and retirement inched closer, the pair explored different business avenues.

Serena has gone for the investor route, starting her own $111M venture fund, Serena Ventures.

Roger has gone for the entrepreneurship route, joining a company like OnRunning and helping them grow.

Both options work great, showing the immense value athletes add to companies, countries, cap tables, and really anything they associate with.

Federer is an all-around good dude.

While I get players like Nick Kygrios are more exciting, young kids should look up to role models like Federer.

There’s a lot we can learn (and apply to our own lives) from people like Roger Federer.