Rapidly Growing $1.5B Esports Market (And Where It’s Headed) 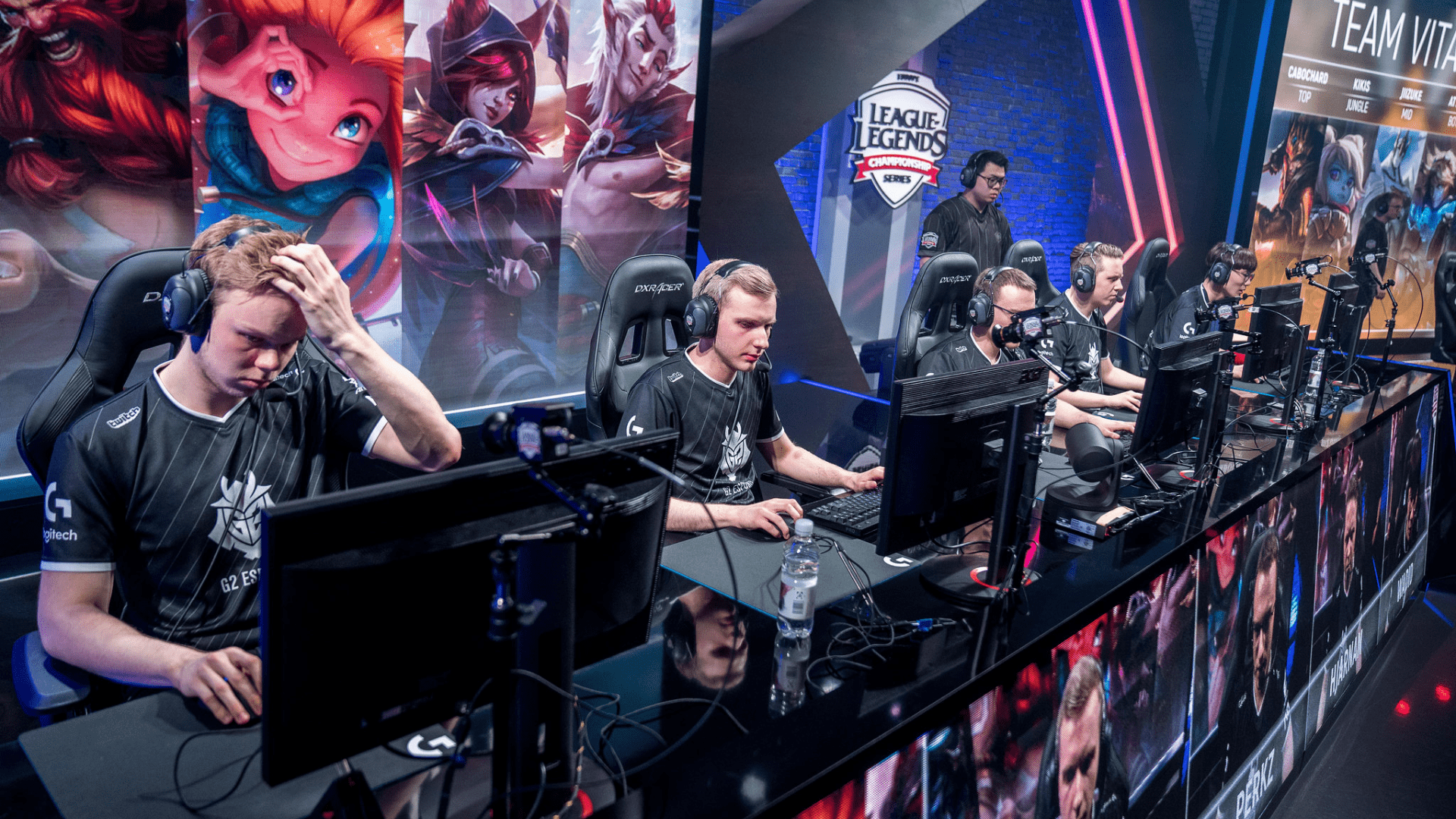 This past week the state of Colorado announced they are planning to launch esports teams at over 50% of the state’s high schools.

So far there are over 100 teams playing multiple titles including League of Legends, Rocket League, Madden, and Super Smash Bros.

Is the athlete of the future digital?

Here’s how it works:

An esports League of Legends competition is 5 versus 5, and everyone has different roles. You can either win by completing an objective or the other team forfeiting.

Unlike a varsity basketball player, the game isn’t on a court — but in front of a screen.

Is there a market for online gaming?

Some argue that esports could one day overtake popular traditional sports like football, basketball, and boxing.

And this data could be a clue as to why:

Nearly all youth athletes dream of one day becoming a professional athlete, but the reality is that 99.9% of them will never have that opportunity — heck, most of them won’t even make it to college sports.

The chance to become a professional esport athlete or at least earn a scholarship to college is slightly greater than that of a traditional sport.

It also requires much less help from genetics — it doesn’t matter how tall you are or how high you jump.

Newzoo’s Global Esports Market Report, estimated the revenue value of the esports market would reach $1.5 billion in 2022, up over 15% year-on-year.

And the number of esports viewers will reach over 450 million, consisting of 200 million esports “enthusiasts” and over 250 million “occasional” watchers.

But how does the ecosystem work in comparison to traditional sports?

All of this contributes to their annual revenue and total valuation.

As of 2020, the top five most valuable esports teams according to Forbes were:

*many of these teams have nearly doubled in value over the last two years, but I couldn’t find accurate data for 2022

How Much Do Esports Gamers Make?

There are 3 main ways to make money in esports: teams, tournaments, and sponsors

For professional esports players competing in the Overwatch League, players earned an average base salary of $106,000 last year.

But that’s one of the more competitive and well-established leagues in the world.

If a game has a big enough eSports reputation, it will have a massive prize pool.

Take a look at Fortnite:

In the 2019 “Fortnite World Cup”, a total of $30 million was awarded to the winners of its different tournaments.

One of these winners was Kyle Giersdorf, who won $3 million after beating out 99 other competitors.

Should a professional gamer play their cards right, their eSports team salary will be small compared to other monetization options.

Take streaming on Twitch, for example. Last year, the streamer Felix Lengyel earned over $1.9 million from his streaming career alone, according to DotESports.

Some brands will offer multi-million dollar deals/contracts — it really depends on which company does the sponsoring and how big the gamer’s audience is.

Many colleges around the country are now offering scholarships to these “ digital athletes” as well.

Just like college basketball has their March Madness tournament, esports has something very similar.

Gaming equipment is expensive ($1000 minimum), but the ROI can be massive.

Is Esports The Future of Sports?

I have gotten in debates with a few people that believe sometime in the next century traditional sports like football and basketball will go extinct.

Why do they think this?

Injuries and long-term effects of playing a sport like football aren’t worth the risk and people will slowly begin to shift in to the digital world (especially as Web 3.0 and the metaverse are actualized).

What do I think?

I do not believe that esports will overtake our love for controlled violence and the actual joy we get from physical sports.

However, I believe that the market for esports will continue to grow and it will be considered as an alternate sport across the world.

Many blue-chip companies have moved in to the space as sponsors:

And an array of pro athletes/entertainers are invested in the space:

Time will tell how big this space gets, but I certainly have my eyes on the investment potential.