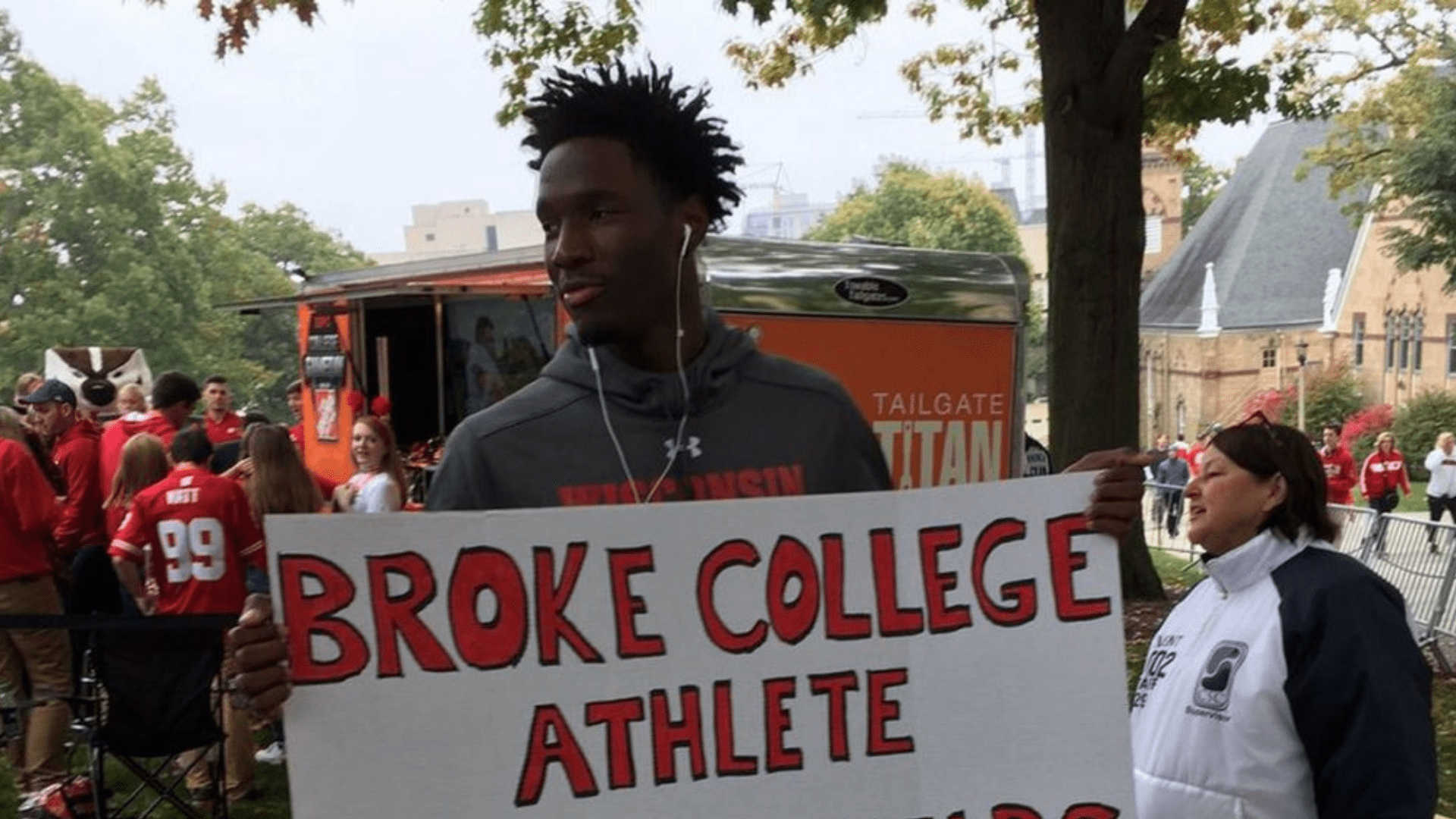 That’s how much NCAA schools made last year, but the players didn’t touch a penny.

The Numbers Behind Paying College Athletes

58% percent of that comes from: — men’s football — men’s basketball

And the leading organization (NCAA) does $1B in revenue a year.

Over the same stretch, revenues for the NFL and NBA increased by approximately 90 and 110%.

The NBA and NFL do a 50-50 revenue share split between players and owners.

The average salaries reflect that:

What would a 50-50 revenue split look like for college athletes?

But athletes get scholarships!

Less than 7% of the total NCAA revenue goes to athletes in the form of: • athletic scholarships • stipends for living expenses • academic bonuses

2x more money is spent on coach/athletic dept. salaries than on scholarships.

College sports are often described as being played by amateurs. But… The economic reality is that it’s a business model that looks far more like a professional sports organization.