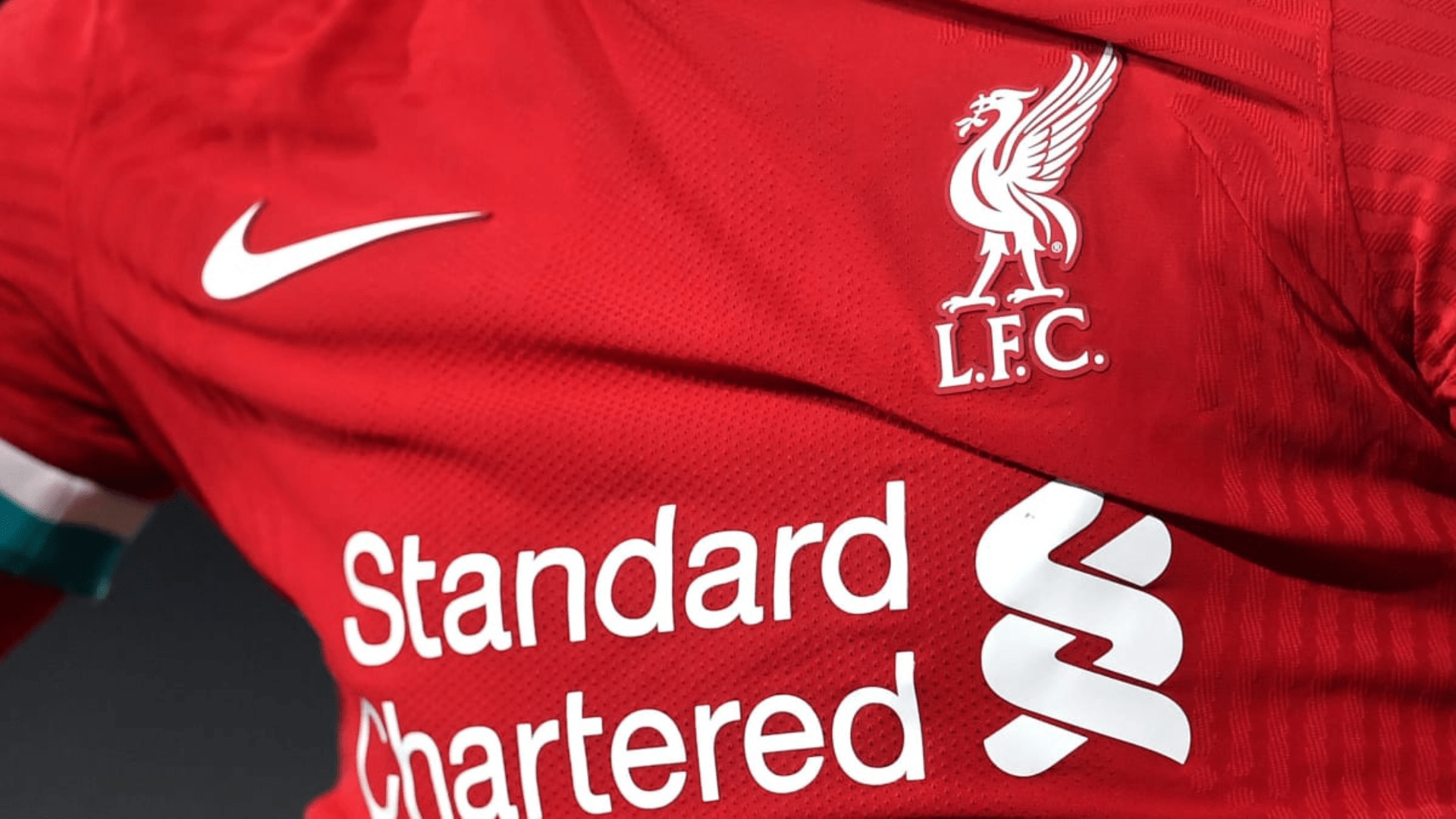 The British football club has enjoyed lots of success recently and demand for their merchandise has skyrocketed them to the most popular jersey in England.

But it wasn’t always that way…

In 2019, Nike outmaneuvered New Balance to become their jersey sponsor — and LeBron James, Serena Williams, and Drake had a lot to do with it.

Since the acquisition, they have won the Champions League, FA Cup, EFL, and the Premier League.

In April 2021, Forbes valued the club at $4.1B (an 800% increase since new management took over) making them the world’s fifth-most valuable football club.

The club is a hot commodity when it comes to brands and sponsorships.

Since 1973, only 5 companies have provided the jerseys (or kits as they call them).

Before their jersey sponsorship deal with New Balance was set to end in 2020, the bids came rolling in.

New Balance had been delivering the Liverpool merchandising for 7 years and saw a continuous growth of sales.

They were eager to extend the relationship and ready to pay the $45M per year.

But it wasn’t that straightforward….

Liverpool executives wanted to shop around the market.

They looked at Adidas, Nike, and Puma.

Puma had just signed with Manchester City for $58M and therefore didn’t have the budget for a competitive offer.

So the decision came down to New Balance and Nike.

But they got creative…

The total compensation paid by Nike could potentially rise to $70M per year — which explained the appeal of Nike’s offer.

New Balance had a vast advantage to continue its relationship with Liverpool because of a clause in their contract.

The “matching right” is standard in the industry and enables the current sponsor to match competitors’ offers and continue the contract with the respective club.

So no matter what Nike offered, New Balance could always match the offer and be sure that they keep Liverpool.

Nike seemed out of it…

Considering the value of the club and its recent Champions League title, it was unlikely that New Balance would not match any offer from Nike.

And that is precisely what happened.

When presented with the numbers from Nike, the New Balance executives immediately chose to match the offer.

The Courts Vs New Balance

Liverpool wanted to sign with Nike and argued that New Balance was not able to match all the terms of Nike’s offer.

And so the case went to court.

Guy Morpuss, who is well known for being the leading counsel investigating the Lance Armstrong doping affair, represented Liverpool.

He said that Nike offered Liverpool to use three non-football global superstars in:

And that New Balance could not match that because they don’t have global superstars of that caliber in their portfolio.

New Balance argued that the caliber of individual athletes was too vague to be a material measurable and matchable term.

A lot of people were surprised when….

The judge agreed with Guy Morpuss and Liverpool.

He said in his statement that:

The judge ruled that New Balance’s offer was less favorable than Nike’s and therefore could not “match” the offer.

Against all odds, Nike won the case and earned the right to Liverpool’s merchandise.

In a way, it’s not surprising that the court found that certain types of stars attract a measurable value.

It appears that brands will be forced to seek out superstar endorsees to match rights in sponsorship deals in the future.

New Balance has since gotten aggressive in signing celebrities to endorsement deals including:

The question that still remains is…

How do you measure the caliber of an influencer?

Social media followers, the maximum added value, or expected revenue growth for a company are some vague ideas.

But it is not really apparent and might also depend on the case.

How Is The Deal Working Out?

Before Nike’s creative offer, Liverpool made $45M a year and New Balance had all the upside in jersey sales and brand awareness.

As I mentioned earlier, a Liverpool jersey sells every 28 seconds equaling 1,126,285 sales a year.

Keeping the math simple, the jerseys go for $95 on Nike’s website totaling $107M in sales a year.