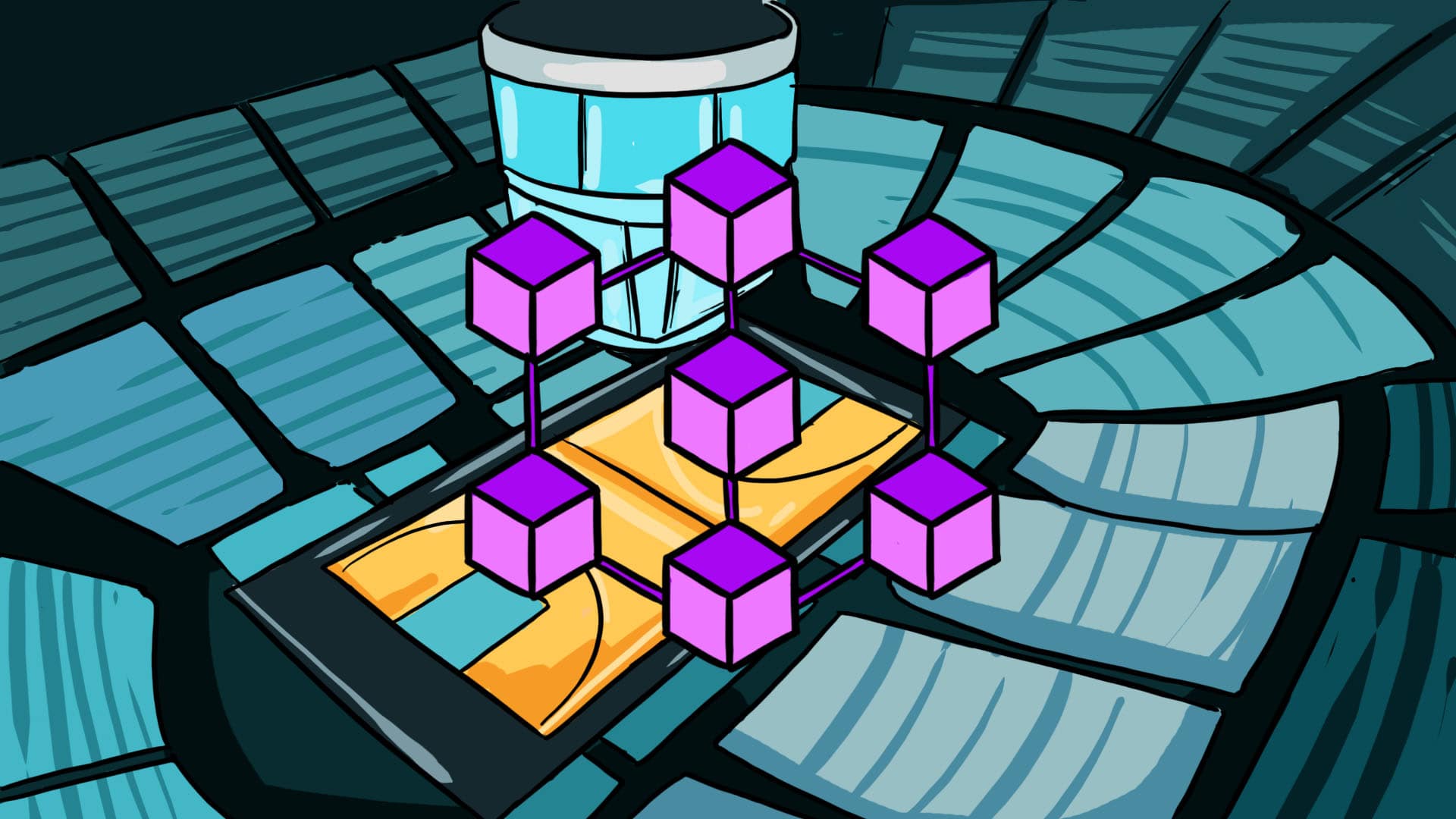 It’s been an interesting year in college sports.

And then there are the companies trying to conquer both NIL and web3.

And honestly, it makes sense…

Player empowerment is what you’ll probably hear, but it’s more about providing solutions that connect the athlete/creator/entertainer with the end user (fan/client/consumer).

Web3 Isn’t What You Think

What you hear on the news about web3 (digital monkeys, crypto scams, metaverse, NFTs) is far from its actual utility.

I know some of you are shaking your heads right now, but let me explain.

Web3 is just a minor shift in our current technologies to improve upon them.

Two of the main ways are:

Web3 is just a buzzword — nobody was calling Twitter, Facebook, and Spotify “web2” while those technologies were being built.

Web3 is about providing solutions to historical problems in sports (and of course optimizing revenue).

The conversation taking place right now is about a generational opportunity to reshape outdated distribution models and create a more equitable and transparent system in sports.

With no or limited in-person audiences in 2020/2021 — leagues, teams, and sports brands had the opportunity to start the much-needed digital transformation.

Tickets are how we gained entrance to sporting events for thousands of years.

It dates back to the ancient Romans who used ceramic tiles or pottery shards to gain entrance to the Colosseum. (web0.

Then in 1994, Southwest Airlines did something revolutionary — they allowed users to onboard planes using an E-ticket. (web1)

In 2015, Apple added the option to add plane tickets to your wallet app. (web2)

Fast forward to this year and the University of Tennessee made its entire sports ticketing system digital. No more receipts, screenshots, or scalping tickets — less money lost for UT.

On top of that, every time a ticket is resold Tennessee gains secondary transaction fees increasing their revenue. (web3)

So while you often hear the scary buzzword of “web3” — just know it’s an evolution of the current technologies to make them better as the world becomes more and more digitized.

From Fan to “Paid” Friend

Fandom is the new model trying to improve upon the creator economy and remove the “middleman”.

With our current technologies, you can follow an athlete on all the social media platforms.

If you watch their video on YouTube or listen to their podcast on Spotify you’ll inevitably see advertisements.

While the athlete will get a percentage of it, those advertisements help the platform far more than they help the actual users posting and viewing the content.

Instead of taking lopsided cuts like most social media platforms — creator platforms have popped up (OnlyFans, Substack, etc) to provide creators with additional monetization options.

The next evolution (fueled by web3) will provide direct connection between fans and athletes.

Here was the progression over the years:

One of web3’s core pillars is finding out how to remove the middleman, which inevitably helps both the athlete (creator/entertainer/artist) and the fan (consumer/watcher/listener).

This is often done through NFTs (another buzzword), but is better explained as a digital membership that not only provides upfront benefits but also gives you a chance at future gains.

Here are the benefits of these technologies:

As you can see, there are an array of benefits for both sides of the equation.

But there is a problem…

To reach this point, you first need to build an audience (and the easiest way to do that is on web2 platforms like TT, IG, Twitter, YT, etc).

That is the major challenge for web3 platforms going forward.

This is why it’s logical to assume that much of the revolution is aiming to take place in sports (particularly at the collegiate and amateur levels).

Early athlete adopters will be the first case studies as the tech improves (imagine buying NFT/stock in Tom Brady while he was at Michigan).

Here’s where the opportunity lies…

The sports industry has an overdue chance to remodel the college and amateur sports ecosystem – to the benefit of schools, athletes, and fans.

NIL has quite literally changed the game as now ALL student-athletes can take advantage of commercial opportunities directly.

As a result, we now have the chance to address the problems and hypocrisy amateur sports have lived with as a direct result of the professionalization of amateur sports.

I’ll save the complex details for another day but here is the high-level breakdown.

Enabling these types of interactions doesn’t mean ripping out the current systems that rely on web2 architecture — but rather integrating the necessary blockchain workflows.

Since July 1, 2021 (when NIL went live) there has been a rush into the industry.

Almost every few weeks there seems to be a new company or type of deal popping up.

Here’s a look at some of the major players in the web3 x NIL space:

The standard NFT is a virtual trading card usually in the form of a profile card or an athlete’s highlight.

Several companies have taken a shot at the college sports market through NIL and NFTs.

17% of NIL deals are between brands and athletes using NFTs/trading cards.

There are a lot of companies competing in this space and they all pretty much do the same thing (although I’m sure internally they all think they’re different).

One thing I will say…

They all have a slightly unique niche — I’ll lay them out and you can click their name if you want to dive a little deeper yourself.

All of these brands work directly with athletes/universities to produce content and build their brands.

NFTs are broad but here’s the good thing…

A July survey of 3,250 sports fans by the National Research Group found that 59% of respondents agreed that the “true value of NFTs will be in the experiences they provide.”

NRG’s study included five examples of the types of experiences that respondents said they would want most:

NFTs might be the “gold rush” in NIL. One winner could take it all, but for now, there’s not enough market share for all of them.

This is what makes the “pick n’ shovel” interesting…

Did you know, only one out of 16,000 high school athletes turn pro?

Allowing them to monetize earlier is the thought process for these token-based companies.

LEAP is combining highlight film and web3 tech to allow others to purchase “stock” in the future of athletes.

VO2 allows you to buy tokens in athletes and invest in their future success.

Fascinating concepts for sure — will be interesting to see how they scale.

Obsesh and Beasy are combining the NFT marketplace and blockchain essentials for athletic departments in their rollout.

Draftly is a community management platform for sports fans that want to create a web3 community. They helped form the first ever college sports DAO at The University of Michigan, MGoDAO.

The goal is to create more than just another NIL collective, but rather a community and engagement platform to optimize the benefits for student-athletes and fans of Michigan athletics.

Stadio has a unique take on web3 as it provides all the tools and infrastructure needed to manage digital assets and IP.

Any company that can provide the full package to athletic departments is a major advantage as they can they use it for athletes, tickets, etc.

So where is this space headed?

There are a lot of similar companies going after the same unique niche of web3 x NIL.

It’s not a massive market — but if you can become the front-runner it’s certainly a multi-million dollar business.

There are too many platforms for athletes, athletic departments, and brands to choose from.

In return, this makes it hard for the fans to get involved which at the end of the day is what will push this space forward.

Consolidation is needed — but it will take several more years.

One of the many positives is that athletes have the chance to promote themselves, instead of the traditional deals where they sponsor other products.

If you have a few hundred “true” fans — you can put up 6-figures fairly easily and fans will be rewarded with an awesome experience.

NIL and web3 are sure to look much different in 5 years.

But I know one thing for sure…

It’s fun to watch new technologies and sports collide to create a better future for all relevant parties.