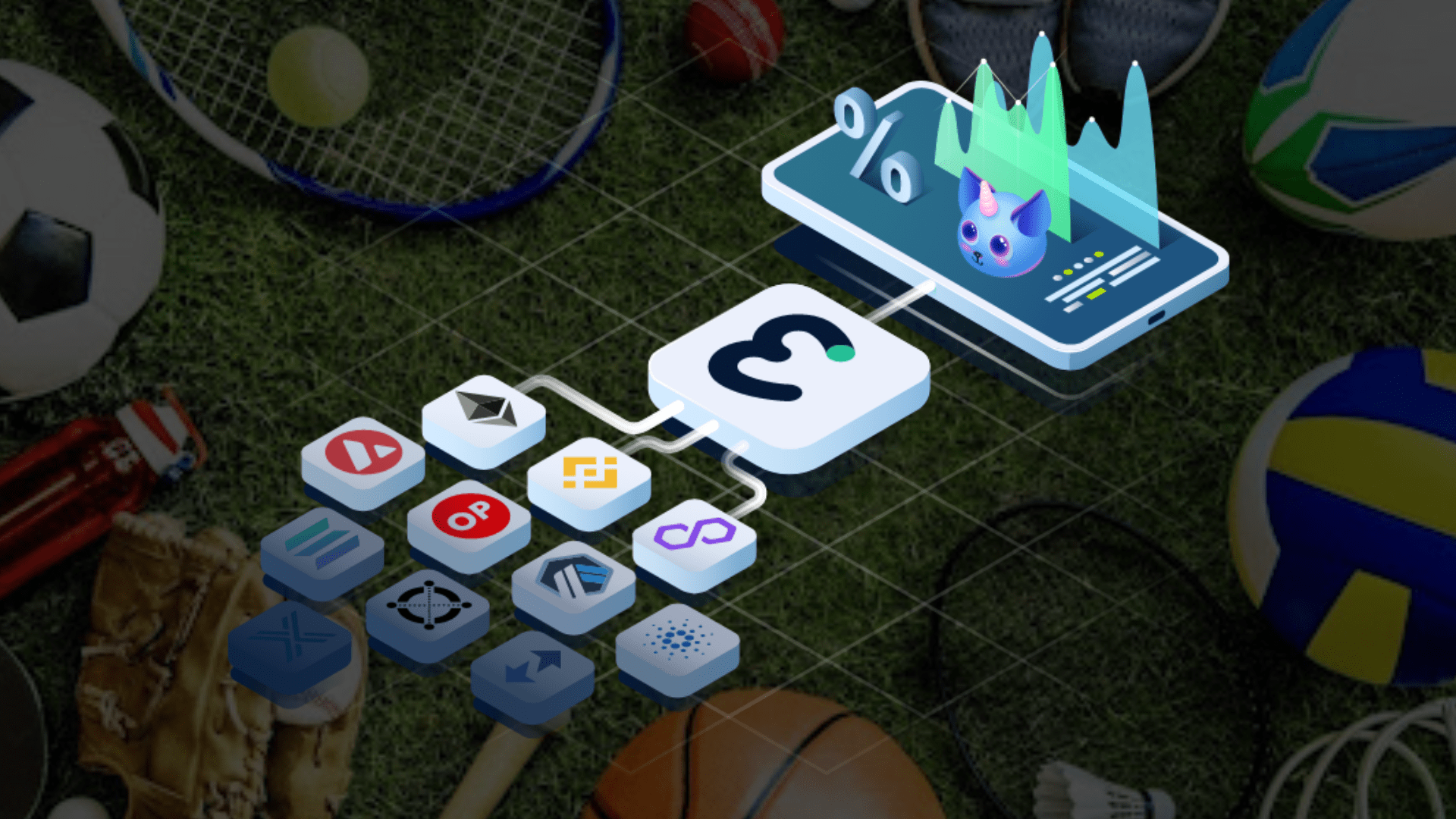 Every week there seems to be at least one web3 sports company raising millions of dollars.

Last week we had…

NFT marketplace OneOf’s finalize their $8M round with plans to expand further into sports.

They currently have deals with Wayne Gretsky and the Duke Men’s Basketball team.

We’re continuing to see sports head towards the third version of the internet.

Before discussing some of the main companies, I want to touch on what web3 is and how it will impact sports.

Web3 is the new era we’re about to enter where users get rewarded for using a platform, instead of the platform itself capturing all of the benefits.

You may be asking yourself, “why does this matter?”

Because the active participation between athletes and fans in sports is the single largest opportunity in front of the industry.

Many of us think the internet is well established, but we are only just beginning to unlock its potential.

But in the vast majority of instances, the surface has barely been scratched.

Understanding the basics of the next version of the web is critical to sports and for anyone curious as to where technology is headed.

In many ways, sports are still stuck in web1 — or broadcast mode, the hallmark of the initial stages of the internet.

Visit any major sports team’s website or phone app and look for where the fan can interact. It’s almost never there.

It’s ironic that an industry that lives off the passion and interaction of the fans has been built on limiting fan participation in the digital world.

Why do you think the Savannah Bananas are the most popular baseball team on social media?

As big data, IoT, cloud, 5G, AR/VR, blockchain, and AI converge — the web that links all of them must adapt.

As with any new technology, there is a learning curve and period of innovation before things can achieve mass adoption. We’re still early.

To Note: There are hundreds of different web3 sports companies that fall within many unique sub niches — I’ll be covering some of them in greater detail in future issues.

NFTs are digital assets that exist on the blockchain.

They exploded in popularity over the last year, especially around sports video highlights and digital apes.

While 99% of NFTs are junk, the 1% could alter entire industries.

Some of the major companies include Candy, FanCraze, Autograph (co-founded by Tom Brady), and most notably Dapper Labs who is the creator of NBA Topshot.

The goal of these platforms is to bring together athletes to create unique digital collections that unlock real-life experiences for fans and holders of the NFTs.

I believe we’ll eventually see a company come out on top, but the market seems to be very saturated with many smaller niche players right now.

An approach I’m intrigued with…

With web3 increasing digital ownership — gaming has been a natural progression for the advancement of the technologies, especially in esports.

Gamers are already familiar with buying skins in Fortnite and VC coins in NBA2k.

So the idea of buying an NFT that enables the ability to earn coins and other rewards isn’t something new.

Play-to-earn (P2E) games are prevalent in basketball with RumbleKong, soccer with MonkeyLeague, and horse racing in the metaverse with DeRace.

The games are intended to be fun and allow players to generate income by playing and winning matches.

And then there’s the broader angle — which is bringing fans together as a community through mobile applications such as Stadium Live and GreenPark Sports.

With over 40 million US adults participating in fantasy football every year, it’s only right that web3 would find its way into this category.

These companies operate around users buying NFTs to create their team and then earning payouts just like traditional fantasy football.

Sorare has been building this in the soccer and baseball with support from Serena Williams, Antoine Griezmann, and Kylian Mbbappe.

Then we have SimWin Sports, which is a professional sports league where the teams are NFTs owned by sports stars like Magic Johnson, Penny Hardaway, Jerry Rice, and Lamelo Ball.

Something else that has been popping up as of late is decentralized sports betting exchanges with Dexsport, Blok Sports, UBet, and BetDEX aiming for the top spot.

By creating transparency between bookmakers and reducing fees, the web3 versions of DraftKings and FanDuel stand a chance.

If there is any web3 technology that seems to be 100% inevitable, it’s sports tickets.

NFTs will make tickets fully digital while cutting down on counterfeits and helping teams increase revenue as they’ll earn percentages on the secondary purchases.

Companies such as Tixologi, Bandwagon, and Medalio are trying to win the market.

But another way to increase fan engagement is through tokens.

Socios is doing that with their fan tokens that enable users to vote on decisions and be cashed in for things like apparel, autographs, and exclusive events.

The companies that master the fan and take care of the organization are unicorns in waiting.

Live Nation, the parent company of Ticketmaster and House of Blues, did $1.8B in revenue from ticket sales in Q1 alone.

The challenge that sports have (which is also a massive opportunity) is that fans tend to feel that they ‘own’ their club.

Decentralized Autonomous Organizations (DAO’s) are attempting to make this a reality in several different ways.

For example, the KrauseHouse DAO bought a BIG3 basketball team earlier this year and is attempting to buy an NBA franchise down the line.

A minority DAO could be a transformative way for teams to engage directly on a regular basis with a much broader set of fans — instead of just a few of high-net-worth representatives.

There’s also LinksDAO, which is attempting to buy a golf course.

In the meantime, they have built utility for their NFT card holders by including discounts on golf equipment and in-person events. Steph Curry is an investor/member.

DAO’s are democracy at its finest — will that be possible? I guess we’ll see.

Creators can launch their own tokens, offer 1-on-1 calls, build communities, and provide exclusive content to their token holders.

Web3 offers many exciting forms of innovations, the paradox I’m still trying to wrap my head around is the membership-only communities where you can also sell your access (NFT).

Web3 is supposed to be more inclusive and create a sense of community.

The recent market downturn is exactly what the industry needed — a cleansing of pretenders.

It also exposed flaws in the logic behind some of the technology.

All of these things will be worked out in due time.

The same is going to happen again over the next 5-10 years.

Web3 and blockchain will alter the perception of ownership. This will impact people’s everyday lives and as a result, their expectations of the teams and sports they engage with will change.

If you thought fans had a sense of ownership or entitlement today, wait to see how that grows in the next decade.

I’ll leave you with this…

“It’s like the early days of the internet — when a lot of people thought we were crazy.”

– Mark Cuban on blockchain and web3