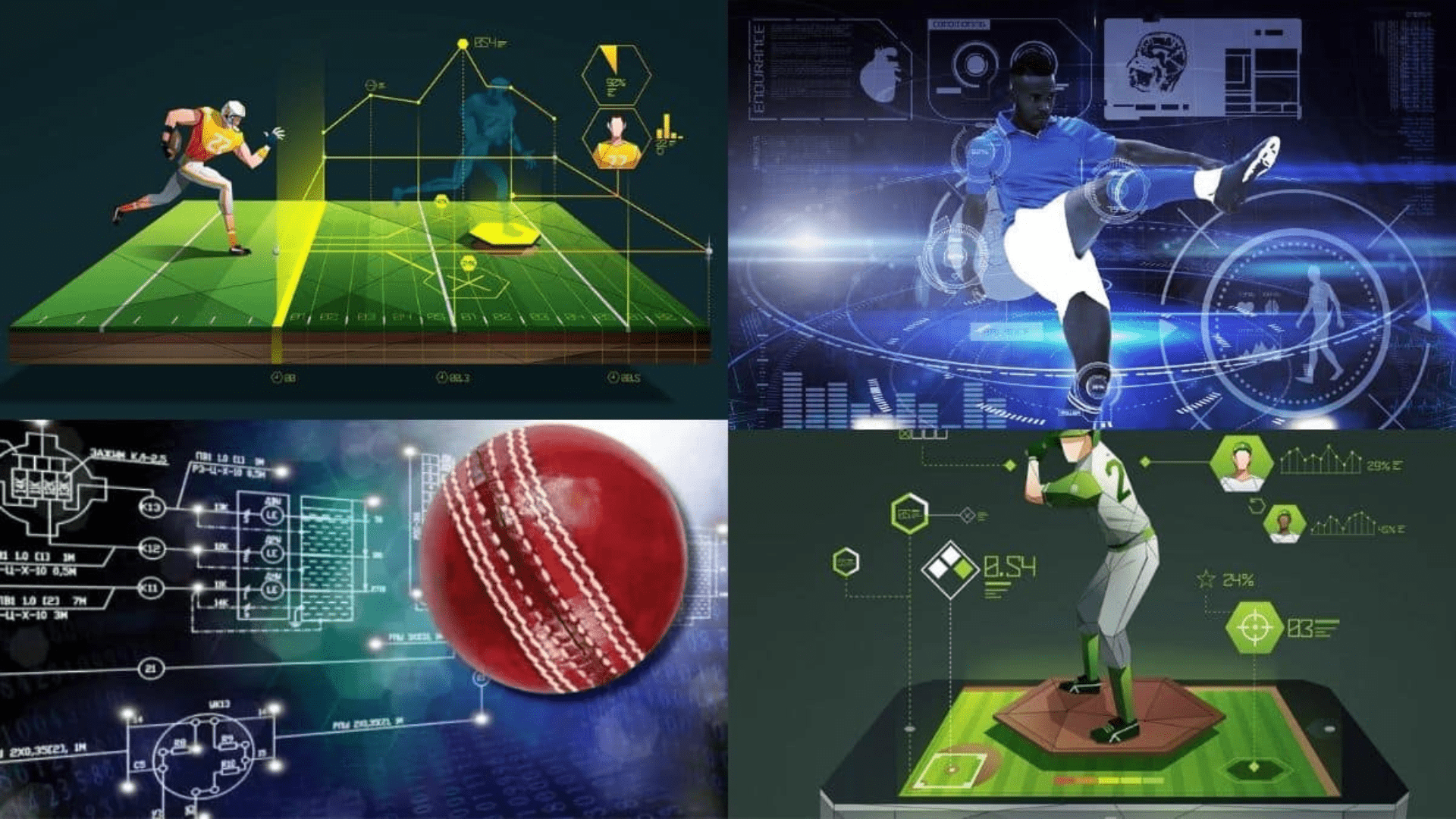 How many people do you think watched the first-ever televised sporting event?

Fast forward to 2012, and the Olympic Games in London had a total of 4.8 billion people watching at some point (or 69% of the entire world population).

Going through the time machine one more time…

What does that equate to?

All-time highs in sports viewership and emerging technologies that are using athletics as their testing ground.

The funding in just the last year is incredible:

Believe it or not, sports are still in their early innings.

The Evolution of Sports Tech

Most innovative technologies used to come from the military down to the general population.

After World War II, we saw the rise of venture capital funds — which shifted a lot of the top technologies to Silicon Valley.

Everyone around the world is connected via the internet and companies are being built with founding members sometimes never even meeting in person.

This has helped the world get safer and shifted much of the violence to video games and sports, not war.

Many of the top technologies now stem from sports.

Instead of testing out biometric data on Marines at boot camp, private companies are now testing out their newest technology on football players at mini-camp.

This shift has had a profound impact on sports (and society as a whole).

Here are some “Then and Now” photos:

(went with the swim, bike, and run comparisons as I have the triathlon bug right now).

Is that these are relatively small equipment upgrades in unique sports with small market caps.

Much of the tech released today is scalable for every sport (and even the entire human population as a whole).

We’re talking about things such as:

All of them have a heavy influence on sports and companies are using athletes/fans/organizations as their early use cases before scaling outward.

Whoop is the perfect example.

They brought on golfer Rory Mcilroy as an investor and brand ambassador. He would wear the wrist brace on tour and post his heart rate data after tournaments.

This did a few things:

Whoop did the same thing with Patrick Mahomes in football and Kevin Durant in basketball.

Whoop is now a multi-billion dollar company (and the use of wearables to track biometric data has become normalized).

I expect to see this model replicated more in the future — with heavy use of marketing costs (and even equity) on professional athletes.

And this isn’t just happening in America…

Just 10 years ago, only 6% of the population in India had smartphones.

Today, over 1 billion Indians use them daily — meaning 400 million people in India (more than the entire population of the US) are yet to be connected to the global internet.

So why do I bring this up?

For a few reasons…

The rise of the smartphone has a strong correlation to the increase in sports investment and technology — especially in India.

Many westerners are blind to the fact that cricket is the 2nd most popular sport in the world with over 2.5 billion fans.

These two phenomena have led to a behemoth out east.

Imagine if DraftKings, ESPN, Electronic Arts, and Sequoia Capital were one company.

Their sports betting app, Dream 11, raised another funding round in 2021 at an $8B valuation.

On top of that, they launched a $250M sports tech fund, Dream Capital.

Some other sports companies have raised large amounts recently as well:

When you look at the top 5 cities with the most sports tech investment over the last year you might notice something:

Over 90% of the funding is because of 1 major company.

Looking at investment figures across the globe tells a different story:

North America received over 50% of the funding, with the Asia-Pacific region growing the fastest (in large part to India).

While these are significant increases…

One technology received a large portion of the funding over the last year.

As mentioned in Issue No. 6: Web3 x Sports, blockchain-based technologies (NFTs and the metaverse) were some of the hottest investments last year — over $2.5B went towards sport-based NFT companies.

While it slowed down as of late, more will follow as the quirks get worked out.

But what’s coming down the pipeline?

10 Sports Trends for the Next 10 Years

Fast forward to 2032, and the sports landscape will look far different.

So far there are 30+ in existence — some notable ones include Kevin Durant’s 35 Ventures, Aaron Rodger’s Rx3 Growth Partners, and Serena Williams’ Serena Ventures.

As athletes get wealthier, they tend to invest back into the ecosystem for larger returns.

Streaming live events and only paying for what you’re watching will become the norm— The NBA and NFL both have their own streaming services now.

As seen in Issue No. 4: Alternative Leagues, we’re going to see new sports like Pickleball emerge and new models like LIV Golf transform a sport right in front of our eyes.

Leagues that are the best at marketing, garnering eyeballs on social media, and optimizing fan engagement will be two steps ahead of everyone else.

4. Esports and gaming will become a top 5 sport.

I think esports will become an Olympic sport by 2028. If you grow up with video games, you’ll continue playing (and even watching) them.

Kids today look up to a professional gamer like Ninja just as much as traditional athletes like Lebron James.

5. VR/AR will become a part of athletes’ everyday lives.

Whether training or going through film with a coach googles/glasses will become the norm.

This might take some time, but we already see it in golf with simulators and in hockey with injured athletes using it for recovery.

6. Leagues and teams will build their own ecosystems.

The Golden State Warriors were one of the first sports organizations to treat operations like a startup business — instead of strictly an athletic team.

It has proven to be a solid model.

More organizations will follow suit with offsets such as their own media, venture arms, accelerators, and other revenue-generating subsidiaries.

We’ll see an athlete make over $1B in salary over the next decade.

The rise of name, image, and likeness (NIL) has brought us millionaire student-athletes starting businesses and making investments in startups.

Increased data, money, and social media followings have given athletes more leverage than ever before.

Every week there seems to be a new athlete buying a minority stake in a professional team, raising millions for their business venture, or dropping a cool $500k angel check into the hottest deal.

Those with access to the best data will maximize opportunities.

This applies to companies, athletes, agents, coaches, fans, and organizations.

We’re still in the early days of data-driven decision-making in sports.

The youth sports market is still massively underdeveloped with a few companies holding a blanket over the whole industry.

NIL will create downstream effects that make their way into high school and younger.

If you thought middle-school parents were crazy today…

It’s not just about getting a D1 scholarship anymore but also earning that $100,000/year collective payment as a college athlete.

Everything is going younger.

10. Women’s sports will get larger.

One of the best ways to grow sports participation and fan engagement is through the female game.

Both are up drastically in the last few years across women’s sports.

NIL is showing us that female athletes are some of the most marketable individuals on the planet.

Thanks for reading today!

Hopefully this post shined some insight on the ever-growing sports tech market.