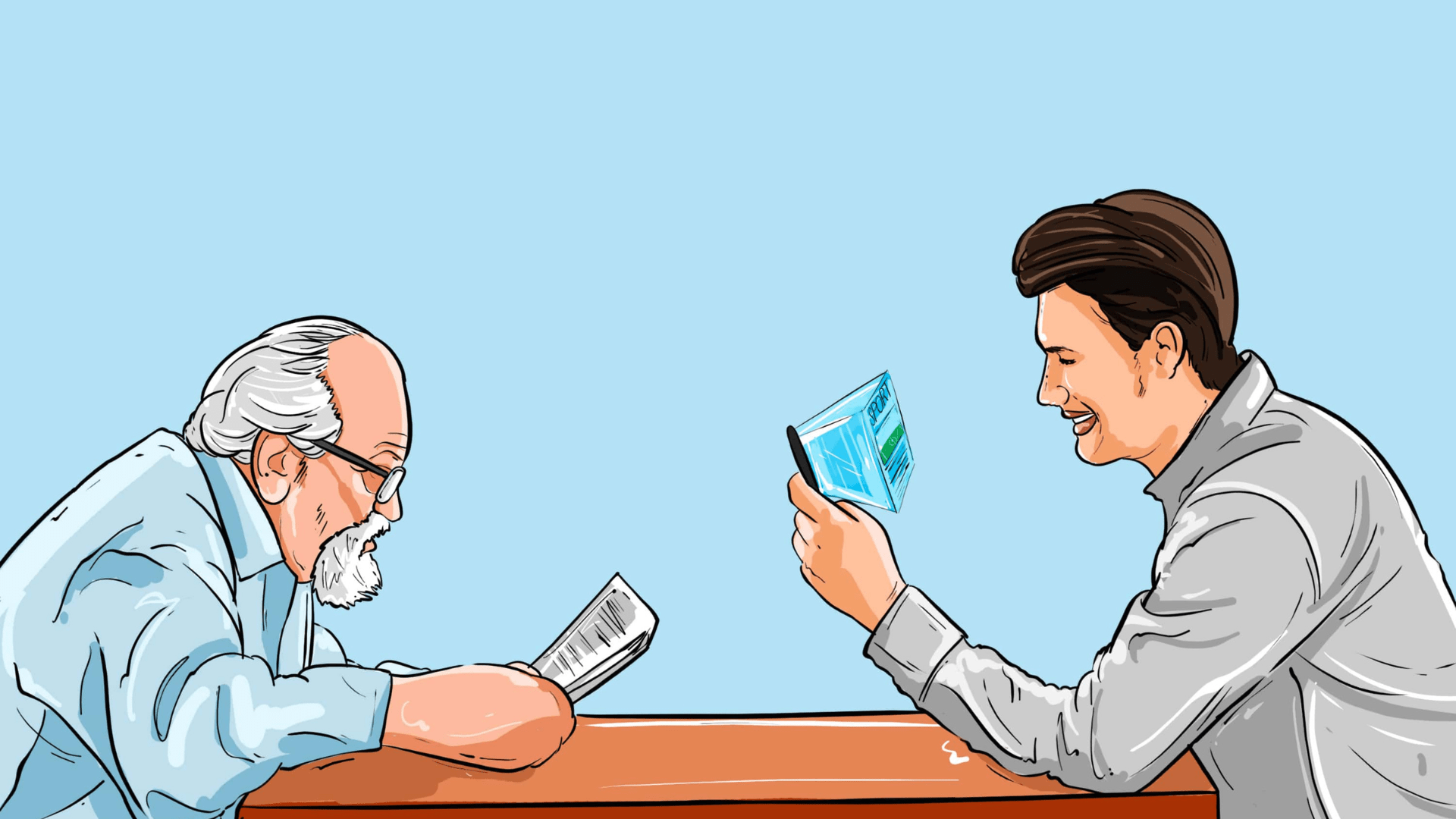 I just turned 24 years old and I think it’s fair to say that I’ve read a newspaper maybe 3 times in my entire life (and they all involved me reading about myself during my high school basketball days).

So where does the younger generation get their sports news?

But today’s issue isn’t about video media, but rather published sports media.

Saving trees and addicting the youth to their phones.

How We Got Here

You might hear people talk about how all companies are quasi-media brands nowadays.

While I think there’s some merit to that, media can get expensive — especially if there’s no direct revenue correlated to it.

Even though physical newspapers are dying, I believe digitally published media is just getting started — particularly in sports.

And it’s not like the Wall Street Journal or Washington Post is going to go away, but they’re going to have to adapt to how younger generations want to consume their news.

Much of this will come through acquisition — rather than internal building.

Proof in point is when the NY Times bought The Athletic for $550M back in January.

They are a subscription-based sports media platform with writers for nearly every sport and team.

At the time of acquisition, The Athletic had about 1.2M email subscribers, meaning the NYT paid roughly $458 per subscriber.

No matter what you think of the deal, it shows that there’s real merit in sports media publishing companies.

Sports Media Publishers of the Future

When looking at sports media publishers, you’ll find that many of them are structured similarly, but differentiate themselves in the niche they play in.

There are a ton of publishing conglomerates — Audacy, CBS, ESPN, FOX, NBC.

There are also holding entities with a portfolio company covering the sports business world:

While conglomerates certainly have an impact on the space, my main emphasis (as always) is to cover the up-and-comers.

People are fascinated with major sports business stories and keeping up with the day-to-day news.

Since 2014, Front Office Sports (FOS) has been doing this at the macro level covering things such as stadium sponsorships and acquisitions of teams.

With over 850,000k subscribers, each reader was valued at $29 — which is quite lower than what The Athletic had each subscriber acquired at ($459).

Athletes understand what type of content their fans want to receive — which is why I’m a firm believer that the future of sports media will be led by current or former high-level athletes.

Boardroom was founded by NBA star Kevin Durant and his business partner Rich Kleiman to provide a mix of sports, entertainment, and culture.

Boardroom is used as an extension for their holding company, 35 Ventures, and not so much as a money generator.

For example, ads on their platform are from 35 Ventures portfolio companies, such as Weedmaps and NBA Topshot.

Sports Media, But For Females

Women’s sports have been getting more coverage, viewership, and funding than ever before.

So what about a sports media publisher that exclusively focuses on women’s sports?

Just Women’s Sports (JWS) was founded in 2020 to take on this task. In June, they completed a $6M round.

There are an array of athlete investors including:

Just as women’s sports are on the rise, so are college athletics thanks to name, image, and likeness (NIL).

After founding, building, and then selling both of his college recruiting media sites 24/7 Sports and Rivals.com….

Shannon Terry is back for round 3 with his newest sports media publishing site On3.

It is somewhat similar to the first two, but with an additional section that covers NIL and the valuations of college athletes.

CBS and Yahoo purchased the first two, so I guess we’ll find out where number 3 ends up.

Fitt Insider deals exclusively in the fitness and wellness space. They raised a $3.5M Series A.

The GIST is a women-run publication covering mostly the world of women’s sports — Barstool Sports invested in their seed round last year.

And there are also a ton of solo creators taking on niches within sports — whether it be betting, tennis, esports, or wherever their passion lies.

Conglomerates will make a push to scoop up these independent talents over the next few years, as many of them have built up loyal followings on both social and owned media.

Web3 has plenty of troubles itself, but one thing it has positively exposed is the problems surrounding personal data privacy that Web2 companies attain.

Digital publishers rely heavily on this data as it directly impacts their bottom line.

Nearly all of the publishers listed above rely heavily on ads — whether on their websites or within their emails.

The more data collected, the higher CPM (cost per 1000 impressions) publishers can charge to advertisers.

While this will continue to work for quite some time, many consumers are turning away from websites with intrusive ads.

Sponsorships are the future of advertising, not Google Adsense.

Subscription-based publications can be very lucrative, but that has its share of problems as well.

Sharing posts becomes much harder and with so much access to free information, many users will just click away.

Something I find quite interesting…

Is that Web3/NFT proponents often fail to realize that while personal data may be more protected in a blockchain model, most of these “communities” are digital country clubs — it’s a subscription-based model.

So initial inclusion isn’t any better and is usually far more expensive.

Web2 sports media publishers will thrive for quite some time, especially the ones that figure out how to maximize revenue without bombarding consumers with ads and paywalls.

Other Ways to Monetize

Ads and subscriptions are certainly the most common monetization strategies but there are a few other ways sports media publishers generate revenue:

Looking forward, many of these traditional sports media publishers will be looking to add video content and creators to their ecosystem.

Eyeballs are the name of the game — especially with AR, VR, and the metaverse lingering around.

I’m still bullish on text, as people will always want to read, but it might be projected through smart glasses instead of consumed by looking down at your phone.

Something else to watch is the advertising model.

With the current state of the economy, advertising budgets are trimming down possibly hurting the bottom line of sports publishers who rely on them.

This could certainly lead to some acquisitions.