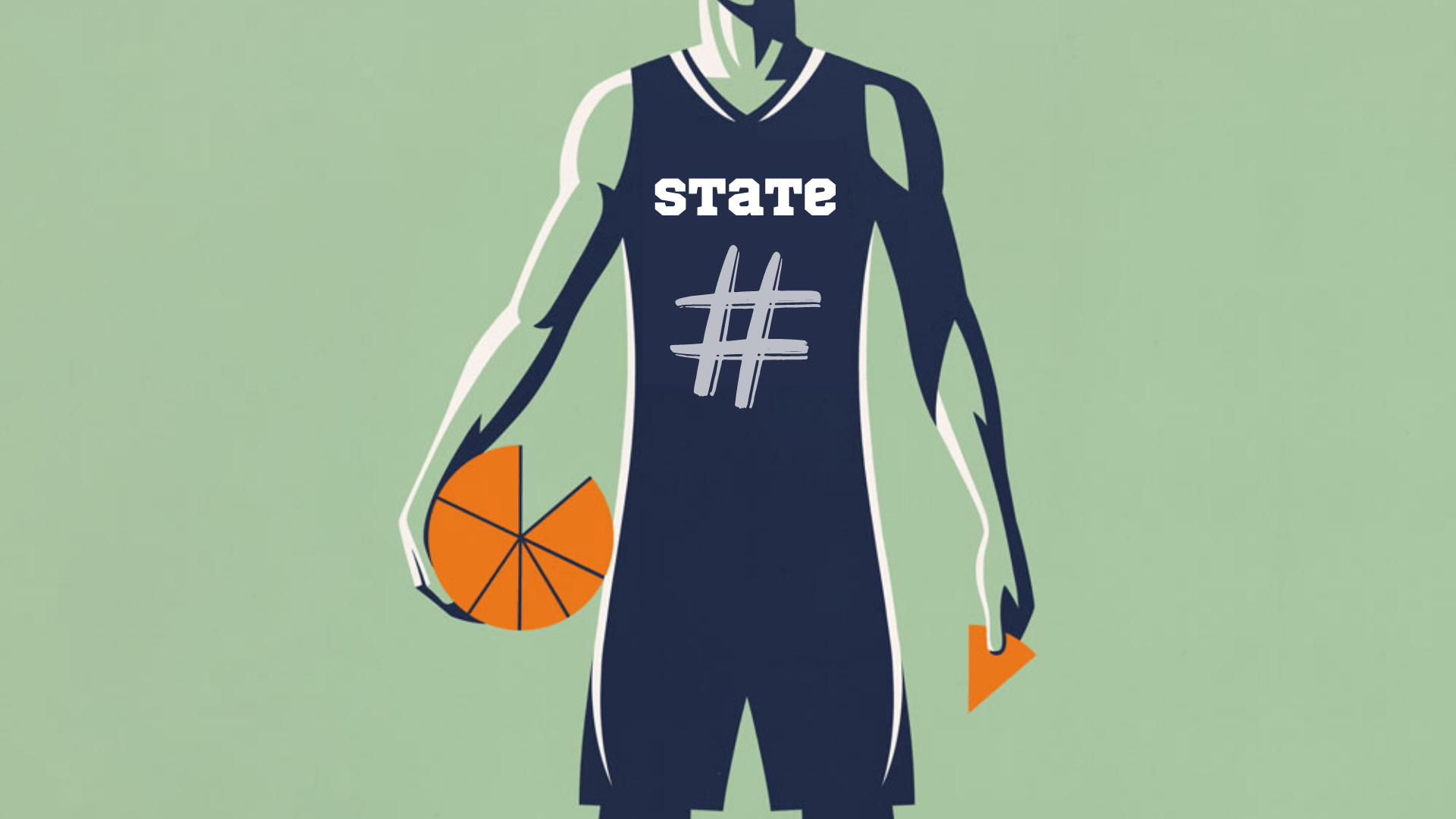 Every Wednesday, you can now expect a report on markets, trends, and companies helping to transform the future of sports.

I felt there was no better place to start than name, image, and likeness (NIL).

Don’t worry, the popular business of athletes, sports, and NIL breakdowns aren’t going anywhere. You can still expect them on Monday and Friday at 5:30 am EST.

As of right now, the weekly roundup will continue on Sundays but may eventually fold into this report.

There’s a lot going on behind the scenes right now with some exciting developments coming in the near future.

Name, image, and likeness (NIL) has now been around for over 1 year in amateur sports.

It didn’t destroy college athletics as many predicted it would — but actually made it more equitable across the board.

While it’s still true that men’s basketball and football players have the most to gain, a lot of women athletes aren’t far behind.

With massive social media followings, many of these female athletes are earning 6-7 figures through sponsored posts. They are the jackpot for advertisers thanks to their engaged audience, which ranges from soccer moms all the way to teenage boys.

The rise of the athlete-influencer and TikTok is helping with the monetization of personal brands in athletics.

NIL was predicted to be a $500M market in year one but blew away expectations hitting the $900M mark.

$1B will certainly be surpassed in year two.

But there are a few things to keep in mind…

Most of the money is being spent by wealthy donors and alumni.

90% of Power 5 schools have a similar setup and Ohio State HC Ryan Day even said that $13M is necessary to help keep the Buckeyes at the top of college football.

Pay-to-play is the new norm, but there’s still opportunity in the infrastructure surrounding the space.

There are hundreds of registered companies attempting to break into the NIL space, many of them incorporating in the last 12 months.

As of today, there are nearly 20 NIL marketplaces — which are attempting to be the middleman for athletes, brands, and agents.

This space will condense in the near future (which I’ll touch on a bit).

Name, image, and likeness isn’t a new concept — only to high school/college sports.

In 1905, Honus Wagner became the first professional athlete to receive endorsement money by allowing his signature on Louisville Slugger bats.

Upon the rise of social media, athletes became some of the most popular users on the platforms. Brands learned about “sponsored posts” and started shifting their marketing dollars around.

For example, it’s estimated that just one social media post from Lebron James would cost over $300,000 — with millions of followers across the world it can be worth the price for some brands.

A few companies recognized the need for a middleman between athletes and companies looking to do influencer marketing deals.

Opendorse, founded in 2012 by former Nebraska football players, became one of the first marketplaces. They have raised $24M to date (most of it coming in the last few years) and expanded their offerings to college athletics including compliance, education, and other tools.

OpenSponsorship opened its doors in 2014 and recently raised a 7-figure seed round from tennis star Serena Williams.

Sponsoo has taken the marketplace model in America and applied it to European soccer. They raised their Series A round in 2021.

These three companies started in pro sports and are working their way back towards college — all the other companies featured below are attempting the opposite.

When NIL went live, one of the main concerns was keeping it within NCAA rules for all of the parties involved.

The main questions were:

How do you accurately report all of the deals athletes receive? Are they NCAA compliant?

INFLCR popped up in 2017 as a social media content management platform, but eventually grew into a compliance/education tool for universities.

This earned them a 2019 acquisition from Teamworks, which recently raised a $50M Series D to expand their B2B offerings for college athletic departments.

If you talk to anyone in the NIL space, you’re guaranteed to hear the words “education” and “wild wild west” — companies providing software, tools, and resources that provide some order will continue to be highly sought after.

As highlighted above, a few companies have been involved in athlete endorsement deals for several years now.

But how did we end with so many NIL marketplaces?

In late 2019, the NCAA’s board of governors unanimously agreed that it was time to modernize its name, image, and likeness rules.

They directed all three NCAA divisions to make rules by January 2021 that would allow athletes to make endorsement money — while also maintaining “the collegiate model.”

Between then and July 1, 2021 (when NIL officially became legal for college athletes) over a dozen marketplaces popped up.

The main focus for these companies is to connect brands and athletes, while taking a percentage fee off the top (usually between 10-20%).

NoCap Sports raised $10M (one of the largest in this space) to help get their marketplace off the ground.

IconSource, Mogl, Athlyt, and Dreamfield all raised a few million in seed rounds to help build their unique NIL marketplaces.

There are 500,000 college athletes in the United States and millions of businesses willing to use athletes as promoters of their products/services.

However, a few questions still remain:

All are valid questions — marketplaces have notoriously been a difficult model to conquer unless both sides have an equal need for each other (ex. dating).

One NIL marketplace is attempting a completely different model.

Marketpryce, who raised a $3M seed round last September, has decided to charge the athletes in the form of a monthly subscription.

Other companies have gotten even bolder attempting to innovate in two relatively new sectors: NIL and Web3.

NIL and Web3 both came up together, so it’s no surprise that a marketplace is using blockchain technology to fuel its ecosystem.

PostGame App launched a “NIL” token, alongside their marketplace.

Digital collectibles sold are split 50/50 between Postgame and the athlete, with the option to get paid in cash or NIL coins.

NIL is still in its Early Stages

As of today, foreign athletes are not allowed to sign NIL deals in the United States — putting their Visa status at risk.

Miami Punter, Lou Hedley, signed a $60,000 deal with LifeWallet upon returning to Australia this summer.

Cali HS basketball star Mikey Williams signed a million-dollar deal with Puma, which could complicate his college decision since most universities are sponsored by Nike, Adidas, or Under Armour.

If both foreign and HS NIL gets legalized across the board, that could open up hundreds of millions more for the NIL market.

Several big brands have been testing out their strategy over the last year, but will open up their marketing budgets in 2023.

The question for brands continues to remain: “Go an inch deep and a mile wide, or an inch wide and a mile deep?”

The NIL marketplace space will condense over the next year. In the end, there will only be a few left.

NIL has limited scalability. Let’s assume the marketplace caters to HS, college, and pros – there are still only so many athletes in the world.

Whereas there are 7 billion people on this planet who like to listen to music or hitch a ride from a stranger on a daily basis.

And even in those markets, only two main companies last: Uber and Lyft, Apple Music and Spotify.

The other NIL marketplaces will either run out of cash, get acquired, merge, or turn into an education/representation agency.

However, there are a ton of other pick-n-shovel plays in the ecosystem including ed-tech, creative agencies, Web 3.0 communities, and platforms that will allow athletes to engage directly with their fans.

More on those in a future issue.

Thanks for reading the NIL Marketplace report.

I look forward to providing these breakdowns every Wednesday from now on.

Researching the market, trends, and companies crafting the future of sports is “play, not work” for me.