Creator Platforms: Future of Sports or a Bust? 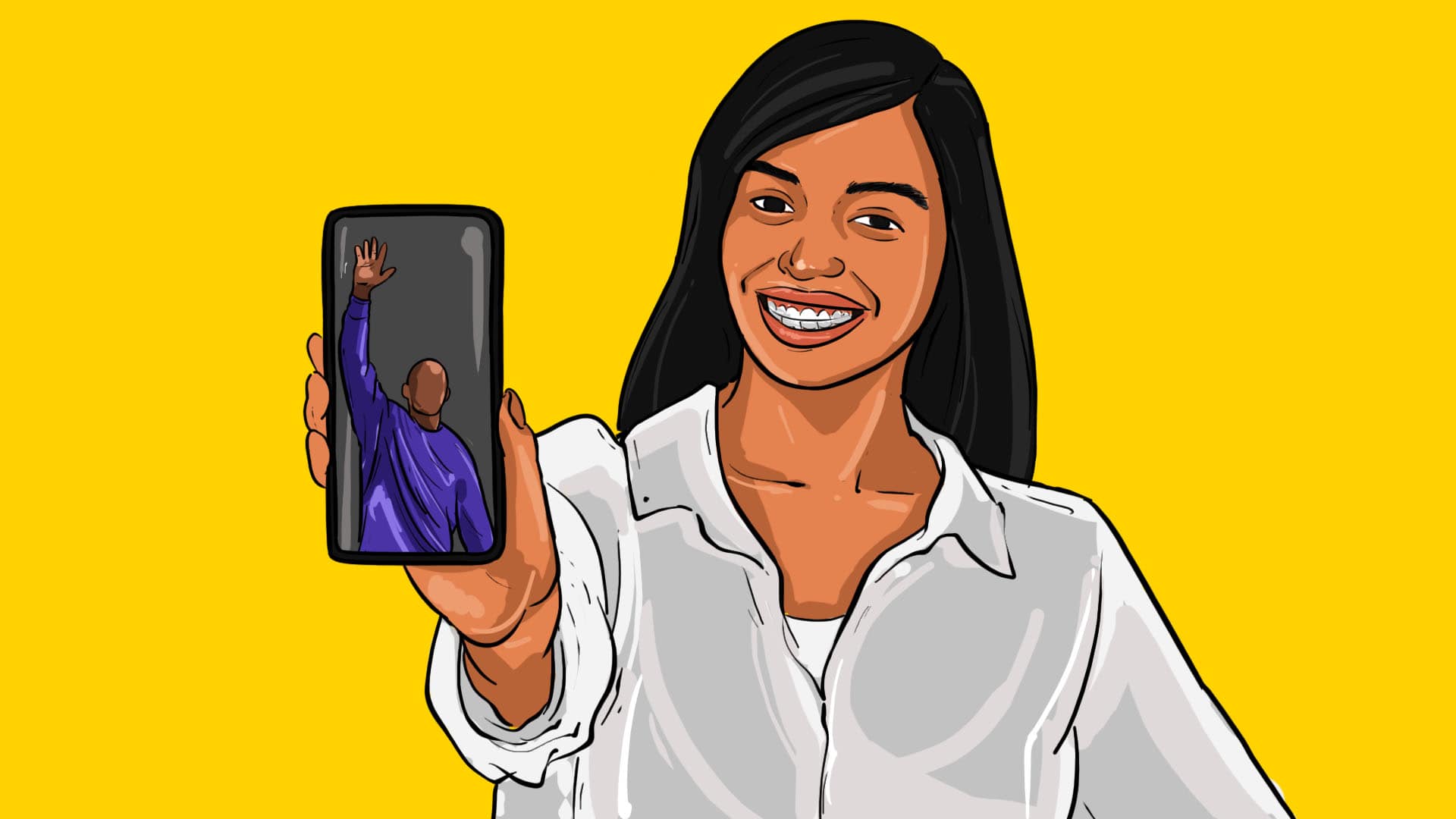 I made $0 directly from Twitter this past year despite bringing the platform hundreds of thousands.

This isn’t an exaggeration. Let me explain…

While Twitter doesn’t put an advertisement on every one of my tweets, anytime you get to the bottom of a thread or click on my profile there is a “promoted” tweet.

They’ve made at least 6-figures thanks to me creating content on their platform.

Twitter has grown my personal brand, boosted my network 10-fold, been leveraged into sponsorship deals on the newsletter, and had a lot of other benefits.

While it would be nice to make money directly from Twitter (along with all of these other benefits) it’s been worth it to me.

But this highlights the need for a platform that better rewards the users creating the content — and not just the platform itself.

These platforms monetize through advertisements and share the revenue with the creators who are driving it forward.

But there are two main problems:

These two things have led to the emergence of a new type of platform.

Platforms that reward the creator first, and themselves second.

The Rise of Creator Platforms

In April 2016, Martin Blencowe got NFL player Cassius Marsh to record himself congratulating his friend on the birth of his son.

He realized that a “personalized video” was the new autograph, so he partnered up with Steven Galanis to build a company around it.

Since then, thousands of celebrities have joined Cameo and the company is now valued at over $1 billion.

Cameo’s success led to the emergence of more “creator-friendly” platforms:

All of these have supported the narrative that creator-first programs are the future.

But are there any for athletes or sports in general?

Cameo started by giving athletes the ability to earn by connecting with their fans — and then they built out many other niches.

Opendorse started as a brand marketplace and have added additional options for the creators amongst athletes (thanks to NIL legalization).

As you can see, it’s essentially a spin-off of Cameo but allows more athletes to monetize (as Cameo has an application process most college athletes wouldn’t get through).

Something interesting to note is that fans account for less than 10% of name, image, and likeness (NIL) deals in college athletics.

What does the future of creator platforms look like for athletes?

Most people think that this platform will be built from the top down — meaning the company gets pro athletes on first and then moves down the line to other, smaller creators.

If you can get enough pro athletes, the momentum will work fast.

But there’s a massive hurdle…

There are only a few thousand pro athletes (and most of them make enough money to not worry too much about additional revenue streams).

On the other hand…

There are millions of “amateur” athletes that want to make money.

Building from the bottom to the top seems like a valid option as well.

Quite frankly, I’m surprised none of the major sports video platforms have tried harder to monetize their athletes.

For example, Hudl has built a conglomerate with a 98% adoption rate across ALL high schools in the United States.

But they’ve only catered to their B2B offerings — which are the schools and high school coaches.

Besides editing tools for highlight tapes, the athletes aren’t even thought about —which is wild considering the millions of pieces of content that live on their platform.

This is a massive opportunity that they’re not taking advantage of and the same goes for all the other video platforms within sports.

On top of this…

NIL marketplaces are now dipping into the “creator platform” game and so ultimately I don’t think we’ll see a true winner emerge in the web2 space.

The market is going to stay spread out and athletes will continue using what they’re already comfortable with.

Because look at all the unique ways creators (and athletes) can monetize their audiences.

Some of the main ways:

A major problem is that the “middle-class” of creators is struggling.

Like most industries, the top few percent pull in most of the profits (and therefore can afford to build out teams around them)

Kadeem Clarke, the Head of Labs at Momentum 6, has labeled the levels of creators (I added some thoughts to go along with it):

Creators at this level create content for fun or as a side hustle.

Unfortunately, many creators at this level remain hobbyists and don’t earn a living off their content.

Example: Most athletes (which is a shame because they have so much built-in content they can build on top of)

Schools, video companies, and platforms that help athletes with this have a major advantage over the competition.

These creators can support themselves with income from their creative works.

You will often come across platforms that host these creators sharing their success stories. Full-time creators are steps ahead of hobbyists as they have sustainable cash flows.

Example: Jon Seaton, a walk-on lineman at Elon University pulling in 6-figures thanks to his content.

One of these creators’ significant challenges is managing a business’s ups and downs. Managing can take much of their time, making it hard to become productive.

Marketing their work and hiring a team to help can also eat into their profits if they are not strategic.

Creators at this level can form partnerships with various external brands such as record labels, media companies, and publishers.

Maintaining relevance and fame are some of these brands’ biggest challenges.

JuJu views creating content as a vehicle for opening up more business opportunities.

More athletes should invest time, money, and resources into becoming this level of a creator — the ROI is significant.

These creators have created businesses that are likely to evolve, stay in power, and even outlive the creators themselves.

Example: Kevin Durant — he even has his own media company, Boardroom.

It is the most challenging level to maintain and the dream of many creators.

Kevin Durant is the business — and all the companies formed around him are the subsidiaries — now that’s powerful.

While the number of creators will continue to increase year over year (and the benefit of having a strong personal brand will optimize opportunities).

The big profits lie around creating the infrastructure for these creators/athletes and the platforms that enable them to monetize.

Some people are strictly creators, but I would say most are true digital entrepreneurs that produce content to open up other doors.

Athletes are athletes, so when they jump into the content creation game, they’re technically entrepreneurs (not just a creator).

Beyond the pick n’ shovel plays, web3 formed around two many ideas.

According to crypto venture capital firm Andreessen Horowitz, web3 platforms paid out $174,000 per creator in 2021.

In comparison, Meta paid out 10 cents per user and YouTube paid out $2.47 per channel.

Athletes are usually rewarded from second-hand influence on these platforms, and not the platforms themselves.

For example, Cristiano Ronaldo makes no money directly from Instagram, but brands pay him millions of dollars to post on the photo-sharing app.

This is the whole point behind web3 — the platforms should reward users as well (not just the brands who want extra attention).

Through the Lens, is building an exclusive community where pro athletes show off who they are and give greater access to fans.

For example, Trae Young could have his own channel where buying an NFT enables you access to all of his workout videos.

They recently raised $1M, with funding from Carmelo Anthony and Kevin Durant.

Most of the other companies that could build a platform for athletes already exist in separate domains.

Essentially they would add more options for athletes to earn as creators (many of which are already available).

The problem is that most athletes either don’t have the time or money to be able to consistently put out content.

Platforms that make it easier will succeed not only with athletes but creators in general.

It’s in all of our best interests that creators are taken care of monetarily — don’t underestimate how much you’ve learned thanks to them.