College Recruiting Tech (and its impact on Youth Sports) 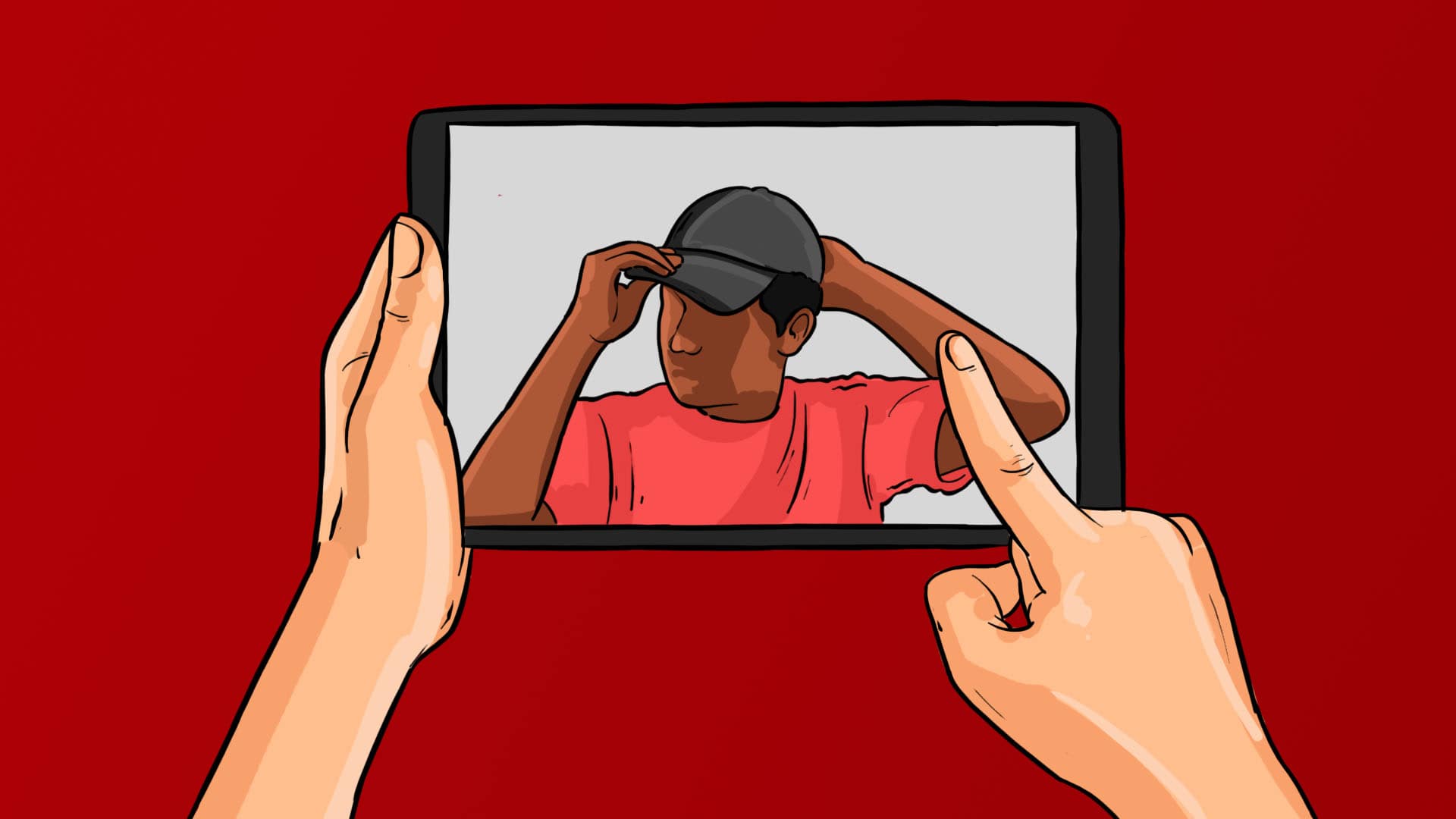 This is true at all levels of sports.

While most scouts, coaches, and general managers pride themselves on “having an eye for talent” — it’s impossible to see everyone.

To understand the world of evaluating talent, we have to start where it begins — the wild landscape of youth sports.

In youth sports, you either get a monopoly or a polyopoly.

I’m confident you know what a monopoly is…

A polyopoly is a market situation in which there are no large sellers, but many small ones.

The $19B industry of youth sports lacks meaningful competition, which hurts the end consumer in the end (athletes/parents).

One of the main problems with youth sports is that it is very fragmented.

Everyone has the choice between an array of different teams, tournaments, and events.

And most of the leagues do not fall under the same rules and guidelines.

All the different options create uncertainty.

It’s why there are only two political groups that stand a chance of winning in the United States (fewer options make it easier for the masses to make a decision).

This is rarely the case in youth sports. Let me give you an example…

In the greater Pittsburgh area, I can think of at least 9 fully-operational AAU basketball organizations — meaning they have a director and multiple teams for different age groups.

Being able to compare and know what’s the best fit isn’t always that straightforward (especially for newbies).

And alternatively, we have monopolies.

When an organization, league, or company gets things right in the youth sports space — they tend to become a monopoly.

1. sports have only recently become commercialized

Traditionally, sports up until high school were about development and trying out a bunch of different activities.

The rise of social media, increased value in a college scholarship, NIL, and insane money in pro sports have seeped their way downstream.

Uninformed customers in a market with little competition, make it easier for the seller to raise prices and have complete control over the process.

Parents and athletes will be around for a limited time frame, so these monopolies make sure to get their cut before you inevitably move on.

One of these organizations is the Amateur Athletic Union (AAU).

The Amateur Athletic Union was founded in 1888 to solve the youth sports problem, but to this day has left a lot unsolved.

From my experience, the cost of AAU basketball is going to be in the thousands of dollars per year (and will be similar for other sports).

In 2015, Kobe Bryant was critical of the Amateur Athletic Union stating that the system has been “treating amateur players like cash cows for everyone to profit off of”.

There is one main reason for this…

There is a large degree of desperation among parents trying to help their kids get a scholarship.

This chart is a large reason why:

In terms of ROI yes, but there are other factors.

The reality is that unless you play D1 football or basketball, you’re probably only going to receive a partial scholarship.

I’m positive there are several billion-dollar companies tech companies that will emerge from the youth sports space over the next decade.

The question remains… are the right people willing to build it? And how do you solve the lifetime value problem?

While the emergence of video has helped assist the recruiting process greatly, it hasn’t solved all of the issues.

Here are some of the main players:

It’s impossible to talk about talent evaluation & recruiting without mentioning these briefly.

Companies like Hudl, Veo, Pixellot, Playsight, and Spiideo dominate the space from a video perspective.

All of them sell B2B.

As mentioned in the creator economy breakdown, I believe there is a massive opportunity for these companies in B2C (meaning products for athletes/parents).

Where the players are, the coaches/scouts/recruiters will come.

The demand for a scholarship has gone up year over year.

Hence, the need for individuals and companies with the resources/network to help them accomplish that goal.

It is very much a pay-to-play model.

NCSA has taken this desperation and turned it into a business doing hundreds of millions in revenue every year (charging $3,000 is good for the margins as well).

But only 7% of athletes will play in college — so using NCSA or any other recruiting service isn’t even a guarantee.

These organizations have become completely sales-oriented and have lost touch with what they’re actually supposed to do — help parents/athletes earn opportunities.

10+ pages of complaints on the Better Business Bureau show what greed + desperation combine to create in youth sports.

NCSA’s model has led to great profits, but also a bad reputation.

I would argue what started as a helpful company in the youth sports space, has now left it worse off (thanks to acquisitions, sales commission models, and maximizing shareholder value).

With the world now at our fingertips, new companies emerging in the space are focused on providing the tools for athletes/parents to succeed — and not so much the human-to-human service.

Here’s where talent evaluation is headed.

Over the last few years, we’ve seen the power of social media in recruiting (with the pandemic accelerating this greatly).

Coaches could recruit talented players without ever seeing them play in person. And players could reach coaches for free.

A lot of recruiting in football and basketball happens on Twitter — but that often isn’t the case with other sports.

These new platforms are attempting to create marketplaces in a sense — bringing together athletes, college coaches, and anyone else involved (parents, HS coaches, trainers, etc).

One of the original players in this space was FieldLevel. They rely heavily on the high school coach to facilitate interactions and have completed multiple funding rounds.

Coaches are able to filter for what they’re looking for (height, weight, GPA, etc) and it will push out the player’s film that matches those criteria. They raised a pre-seed round late last year.

Tonsser is an athletic platform that caters to European soccer players — helping match them with club teams.

Europe is actually a more ripe market for recruiting tech because its system is superior to the American model.

Instead of having high school, AAU, showcases, and travel ball all convoluted — Europe has a club system.

One of the problems with youth sports in America is the costs.

For example, the MLS charges between $2,800 to $3,500 for children to enter their training academies.

PSG (France) only charges a fee of $200 to attend their academies for one year.

These platforms aim to give power to the players — not leaving them reliant on high school coaches, clubs, trainers, recruiting services, or any other middlemen who often try to charge for their services.

Eventually one (or a few) will rise to the top, this will be net-positive for youth sports.

Talent evaluation was nearly all subjective before video platforms and structured box scores were introduced.

Which is good, because evaluators tend to gravitate towards certain types of players:

The problem is that these biases can result in bad decisions.

And bad decisions lead to:

— College coaches having to move their families.

As mentioned briefly in Issue No. 10: Basketball Tech, Cerebro Sports is creating a “handicap” number in basketball to help decision-makers with objective data.

Blue Star Sports (Stack Sports) is the perfect example of a monopoly in youth sports.

They serve as a holding company, covering everything in youth sports including camps, registration, data aggregation, payment processing, and recruiting.

What most people don’t know…

Is that a company like Blue Star makes the majority of its money by monetizing user data.

Wondering why you get a bunch of mail from SAT tutoring companies and random colleges? It’s because Blue Star is selling your data to complimentary service providers.

But interestingly, while something like Blue Star gets as much backlash as Endeavor (who owns NCSA), there is another holding company trying to do the same thing.

After raising $6M, Signing Day Sports is setting out to create its own youth sports infrastructure play.

New athletes arrive every year so the business of talent evaluation will in essence, never go away.

The better technology gets in supplementing human biases and errors, the more accurate level of play will become.

In theory, you should only see the best players at the pro level, and anyone who doesn’t make it wasn’t good enough.

Data analytics, AI video, and tech platforms will help bring us closer to that point.

But at the end of the day…

It all starts in youth sports — every star athlete was once a nobody with a big dream.

The amount of opportunity that lies in creating better systems, businesses, teams, leagues, and organizations in youth sports is immense.

Imagine if youth sports had a true club or organization structure. This is a multi-billion dollar opportunity.

Expect lots of investment in the space in the near future, especially as the pro space continues to skyrocket to crazy high (and somewhat unreasonable) valuations.

A massive hurdle exists in the monopolies and polyopolies reigning power over the space, but I believe thanks to athletes having more power than ever before, change is coming soon.

I look forward to supporting those companies and people.

They’ll be getting it sooner rather than later.