Basketball Technology of the Future 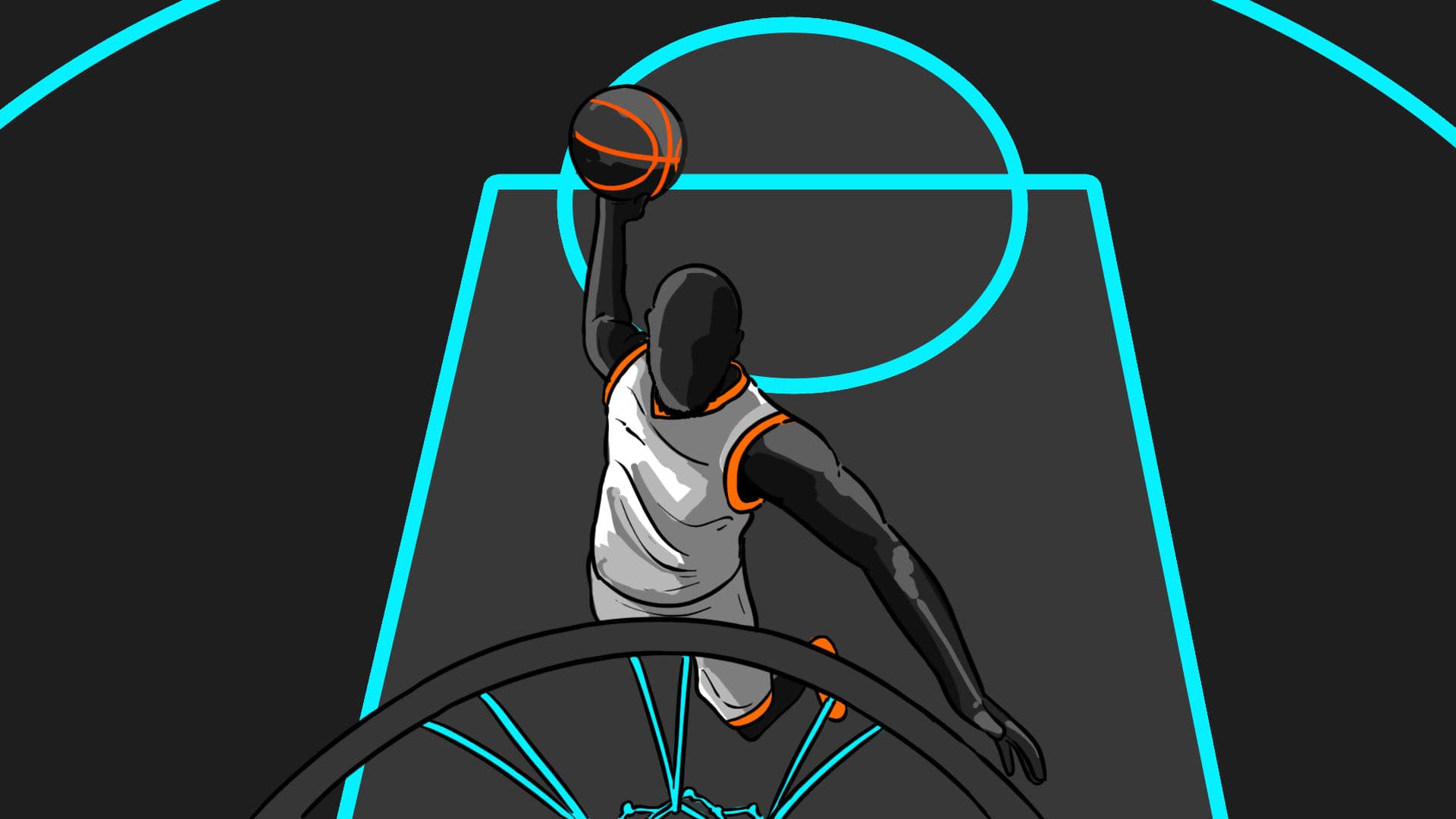 In 130 years, basketball went from peach buckets to the most lucrative sport in the world.

As a professional hockey player once said to me “we don’t get that NBA money”.

Approximately 25 million Americans play basketball, the majority of whom are young athletes.

Travel basketball has turned into a massive money maker — almost making high school hoops irrelevant in the path to a college roster.

Parents are willing to spend the money — as a full scholarship, no debt, and NIL money is quite enticing.

Total youth sports spending is estimated at over $19B this year (at an average of $1,233 per kid).

That scholarship isn’t quite FREE.

And it’s getting harder every year with the rise of international players.

Basketball is getting big…

The Transformation of Basketball Tech

Most people have this perception that NBA players continue to get bigger, stronger, faster, and taller.

But interestingly, the data suggests otherwise…

The average weight in the NBA was growing since the 70s, peaked in the 2010/11 season, and has been declining ever since.

Players are beginning to optimize their bodies.

The NBA became the first American sports league to utilize player tracking in every game starting in 2013 (when most of the heights and weights started to drop).

All of this was thanks to SportVU’s technology that collects data 25 times per second.

This data led to information, which was then transformed into knowledge. Those two steps determined player value, which is what the GMs and owners pay for.

And as a result…

We got positionless basketball — where spacing the floor and shooting three-pointers are the objective.

This one technology transformed the game completely.

Basketball is at the forefront of technology and the NBA is embracing companies trying to make it better.

The NBPA even has its own Player Accelerator for current and past hoopers to jump-start their business ventures and startup ideas.

This is where basketball is headed…

From peach buckets to double rims to shatterproof glass and now digitized backboards.

Huupe is providing metrics and the gamification of basketball with its smart backboards. They raised a seed round earlier this year.

Just like we saw with golf balls, we’re now seeing in basketball.

Approved by FIBA and now the official ball of Overtime Elite, SIQ Basketball is a smart basketball that provides shot analytics.

While both are futuristic products in nature, it’s the data that they provide which is truly game-changing.

Data is the new oil (especially in sports).

While every possible statistic is recorded in the NBA, this is far from the case in the lower levels.

Cerebro Sports has developed a platform that curates all of the stats in one place and provides what they call a C-Ram score.

Just like golf has a handicap, Cerebro is providing a proprietary metric number for basketball players.

While in-person evaluation isn’t going away anytime soon, having data that helps identify players is a massive recruiting, scouting, and advocacy tool.

Getting access to the best trainers and drills is becoming easier than ever before.

Homecourt AI is a personal skills trainer that captures performance and then provides users with guided feedback.

While Noah has developed an app that allows players to correct their shots in real-time. They raised a $5M Series A in 2020.

Both applications utilize the power of smartphones and AI technology to help users improve their games.

Keep in mind only 5,000 players have ever stepped foot on an NBA court — every advantage matters.

Which is why after raising a $6M Series A last year, Ballogy is continuing to build out its skill development and assessment app.

It will be interesting to see if these technologies arose out of virtual necessity these last few years, or if they’re what the market is truly asking for.

While the NBA is a behemoth with its roots extending across the globe.

Power 5 college basketball continues to get bigger and pro leagues in other countries are a breeding ground for talented young players.

But other forms of basketball have emerged…

The Big3 is a 3-on-3 pro basketball league featuring former all-stars, hall of famers, and world champions.

Then there’s Overtime Elite — who is paying high school athletes $100,000 to play in their league.

I think they get hurt by the fact college players can now make money from NIL, but they’ve adapted a bit already allowing players to postpone the money and keep their collegiate eligibility.

Overtime recently raised $100M so they have the war chest to pivot and build out their platform in other domains.

At the end of the day, sports are entertainment.

Big3 and Overtime Elite are trying to capture that in basketball at opposite ends of the spectrum.

The third version of the internet has a ton of validity across sports.

Gym Class is a game that makes virtual reality basketball feel like real basketball, even if teammates are thousands of miles away. They raised an $8M seed round in May.

The user experience will continue to get better and more realistic applications will be added as this technology evolves.

And then there’s the ownership model of web3 in sports.

KrauseHouse is attempting to buy an NBA team.

By owning their NFT, you become a member essentially raising money for the company to go and pursue its efforts.

DAOs and token-gated communities are an alternative form of venture capital — we’re still a few years away from mainstream adoption as the quirks continue to get worked out.

Basketball is a sport at the forefront of technology.

The NBA is an analytical league — focused on growth around the world, novel solutions, and making sure players have access to the best products/services.

Innovative companies are using the latest tech to help transform the game.

Organizations are being run like startups. (ex. Golden State Warriors)

Coaches, trainers, and GMs are making more and more decisions based on data.

Players are optimizing their bodies and skills to match where the game is at.

Basketball players are positively altering the perceptions of athletes.

Athletes are their own global business empires — investing their money in tech startups, distributing media, starting companies, and a whole lot more.

I’m excited for the future of basketball and the evolution of the technologies that continue to transform the game.

PrevPreviousThe Rise of Athlete-Centered Media
NextCreator Platforms: Future of Sports or a Bust?Next