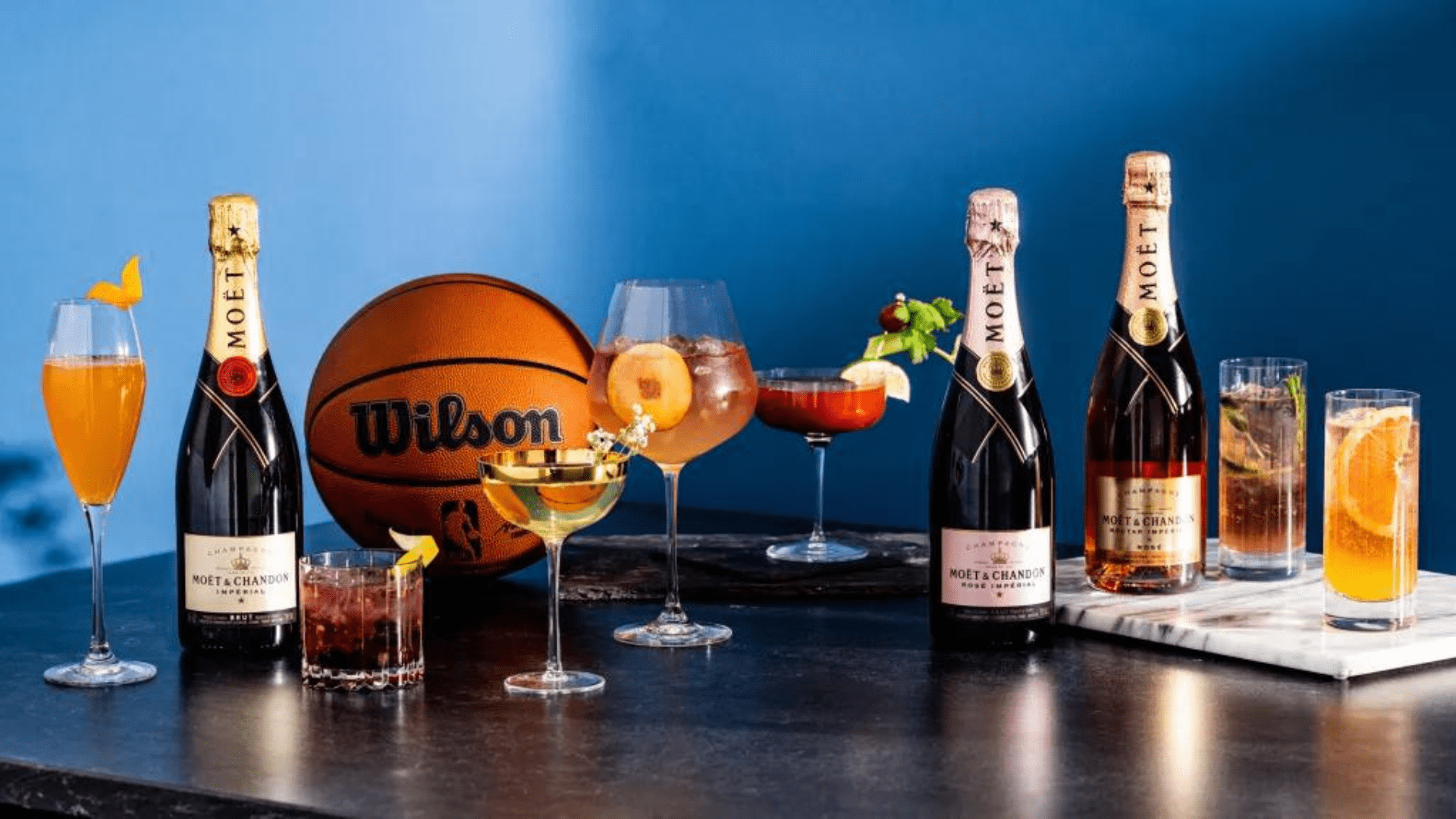 But how did he even get interested in wine?

You might also be surprised to know that he’s far from the only athlete involved in the wine game.

Brands should constantly be on the lookout for what athletes are interested in.

Athletes should show off their interests outside of sports which will help align them with the right people, brands, sponsors, and opportunities.

There’s often a no better investment than in a product/service you personally love to use.

Venture capital funds invest in their domain of expertise; so should athletes (and you as well).

You probably love your iPhone and Mac computer, right?

Then Apple was (and probably still is) a good stock to invest in.

Athlete investments and business ventures often fall in the “peak performance” niche — which athletes are familiar with.

Some of these include:

Staying between the intersection of your expertise and passion makes investing more comfortable.

Wine is something more athletes are getting introduced to — helping to fuel endorsements, investments, and some of their own business ventures in the space.

But it’s not all about the business opportunity…

The Benefits of Wine

Don’t be fooled by the lavish dinners and photoshoots, athletes mainly drink red wine for its health benefits.

It’s no secret that athletes’ bodies take a beating. The use of marijuana and painkillers have been around for a long time, but CBD and wine are growing in popularity.

Research has shown that red wine:

1. Acts as a Pain Reliever

The presence of certain pain-relieving elements in red wine helps reduce pain, inflammation, and aching of the muscle.

The presence of a compound known as resveratrol encourages the metabolism of fats in the body, thereby improving the muscle’s endurance level.

Polyphenols, an antioxidant found in red wine, is useful in preventing certain diseases relating to the heart, including blood clot formation.

A compound present in red wine known as quercetin effectively increases the level of testosterone.

While milk builds strong bones, red wine is good at keeping them healthy.

It also helps prevent osteoporosis, which is caused by a weakness of the bone.

Polyphenol and resveratrol — antioxidants found in grapes — have been depicted in clinical studies to be effective in fighting cancer.

Red wine provides an array of health benefits to athletes.

In return, they are playing a vital role to help grow the wine market size by introducing it to a more diverse audience.

So why not start your own brand?

NBA Players and Their Wine

Often introduced early in their career, many basketball players fall in love with wine and eventually start a venture of their own.

Surprisingly the trend may have begun with an unlikely figure…

Yao Ming is often credited with starting the NBA wine trend after launching his Napa Valley Yao Family Wines in 2012.

And he started it for a good reason…

To protect endangered animals as most of the sales go towards charities.

But not long after, a new group emerged.

It was the start of an unusual friendship…

While on spring break, Dwyane Wade was photographed sitting on a banana boat and toasting red wine with LeBron James, Carmelo Anthony (not pictured), and Chris Paul.

The group became known as the Banana Boat Crew, igniting a wine frenzy throughout the NBA.

Wade has since become a role model for others looking to get into the wine business.

From Screen to Glass

Carmelo Anthony enjoyed discussing wine with fellow basketball players, so he created the What’s in Your Glass? YouTube series.

And then he wanted more…

After visiting vineyards in France with wine consultant Michael Wijnen, Carmelo launched his own wine brand, VII(N) The Seventh Estate, in partnership with winemaker Stéphane Usseglio.

After Carmelo launched his own brand, several other athletes followed suit.

Interestingly, Thompson first got into wine after fires struck California in 2017 and he helped raise $10M for victims, including many of the vineyards.

Having been a banana boat crew member for several years, Chris Paul finally took his shot at the wine business earlier this year when he became an equity stakeholder in the Black-owned La Fête du Rosé wine company.

Why Not The Whole Vineyard?

Why such a big venture?

“I have big goals and big aspirations to turn this into a world-class vineyard with world-class wine,” McCollum said.

He followed in the footsteps of six-time NBA All-Star Amare Stoudemire who became the first kosher winemaker of color.

His business “Stoudemire Wines” also does something cool with hiring…

Based in Kfar Tikva, which means “Village of Hope,” Stoudemire and Tulip Winery produce kosher wines by employing individuals with developmental disabilities.

This leads me to my next point…

Giving Back Through Wine

After spending countless hours in the NBA bubble enjoying wine and conversation, several athletes added decided to create initiatives off of their wine ventures.

Channing Frye and CJ McCollum started the One Barrel Challenge which provides proceeds from sales to The Maurice Lucas Foundation which works to support Black youth in Portland.

Their parent company, Constellation Brands, donated $1 million to the Equal Justice Initiative, a nonprofit that advocates for equal treatment in the criminal justice system.

Here are some other notable athletes who love wine:

Wine is diverse in many ways, but it is also very exclusive in who is drinking it.

NBA players are helping to share the benefits of wine across the world and provide opportunities for others.

But let’s not forget, profit is a part of the operation.

In the long term, I think brands that partner with athletes and are inclusive to others (through price and other initiatives) will be at a major advantage.

More athletes (high school, college, and the pros) should be focused on staying within their passions and expertise.

Chris Paul is one of the best athlete investors in the world because he stays in his lane and puts his money & time in projects that lie at the intersection of his expertise and passion.

It took him over 7 years to find the right opportunity in the wine business.

But when the opportunity struck, he went all in.