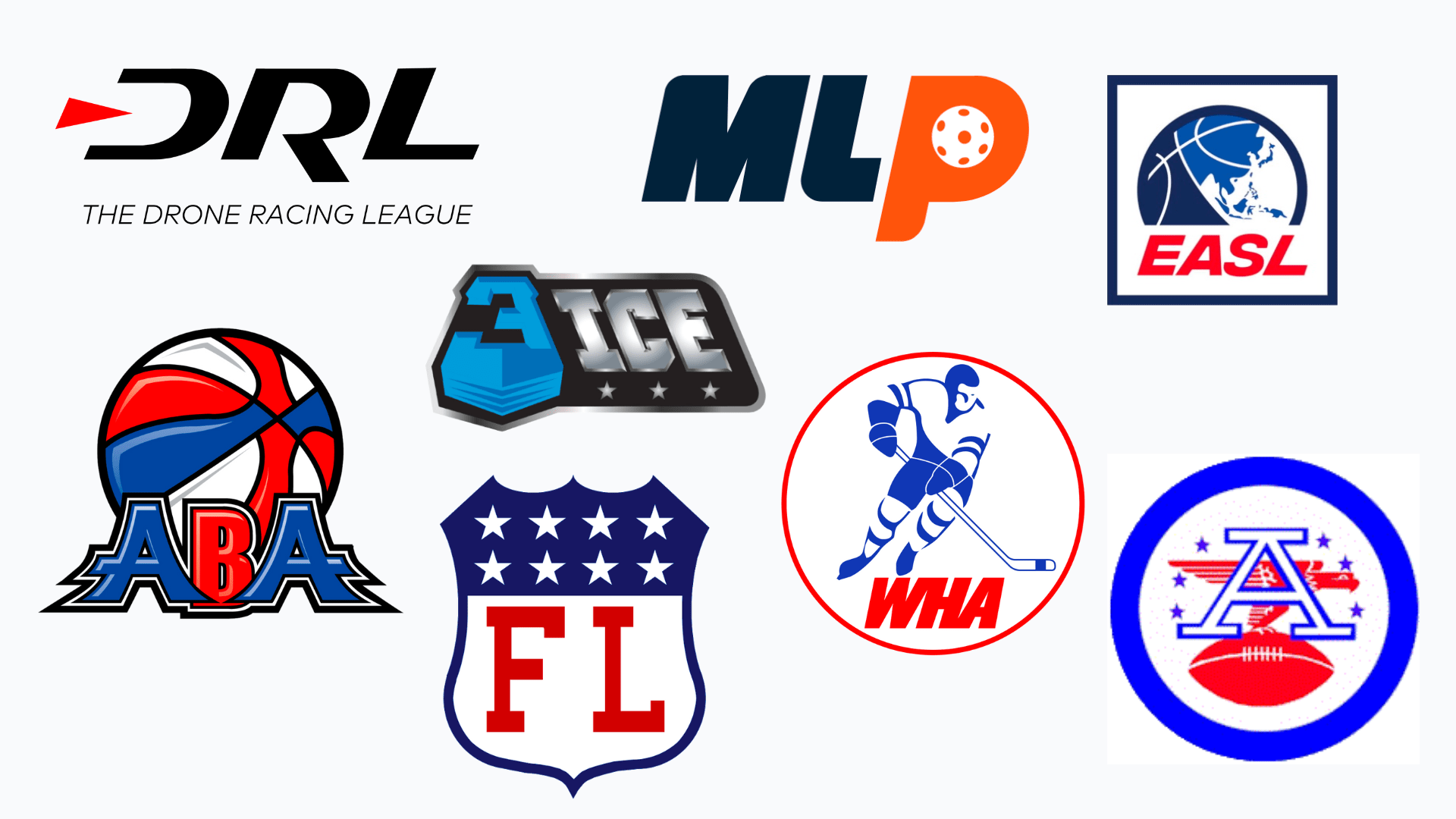 Many of us forget that traditional American sports aren’t that old.

Like for example, did you know that Babe Ruth was only paid $80,000 per year? (Which is roughly $1 million dollars in today’s terms)

The progression of athlete wealth is fascinating, but that’s a conversation for another day.

In this Wednesday breakdown, I’ll be dissecting a brief history of alternative leagues and some of the new ones that are emerging out of the shadows.

In another 100 years, sports will look foreign to how they are today.

LIV Golf is putting up a serious fight against the PGA Tour.

Will they merge? Battle to the death? Both operate successfully?

In hindsight, it will probably be obvious as to why it played out the way it did — but I don’t think anybody has enough foresight to predict that right now.

Is that many of us think sports leagues like the NFL, NBA, NHL, MLB, and PGA Tour have existed forever and will never go away.

Going back to what I said at the beginning, traditional sports aren’t that old.

There have been 25 alternative leagues over the last 100 years in the most popular American sports of football, basketball, baseball, hockey, and soccer.

A few different twists of fate; and the leagues we know of today could have been completely different.

One thing I’ve noticed is that every league that has faced competition was because of a new emergent who took better care of the players and had wealthier owners.

Anyhow, sports are sure to be different 100 years from now, so what alternative leagues are aiming to become the next great form of entertainment?

Alternative Sports Leagues in the US

I prefaced in the US because we Americans are pretty blind to the fact that there are other popular sports around the world.

For example, most of us could care less about cricket…

Yet, it is the second most popular sport in the world behind only soccer (which is another sport Americans are warming up to but still don’t care that much about).

I think some of these new leagues stand a chance — because they fit that mold.

Just last week, The Premier Lacrosse League (PLL) announced the closing of a Series D funding round to continue its expansion.

Attendances for the 2022 season are up 48% and game broadcasts are seeing a 34% YoY increase in audiences. A lot of this can probably be credited to the PLL’s new domestic broadcast partnership with ESPN.

So what other leagues are driving eyeballs?

The fastest growing sport in the world is attracting new players at a 39.3% growth rate since 2019.

From jails, to country clubs, to your local park — pickleball courts are taking America by storm.

While the sport is still in its infancy, there are several competing leagues trying to come out on top.

F1 racing has been gaining popularity like wildfire in the U.S. thanks to Netflix’s documentary, and Nascar has always brought in nice crowds.

But inherently both are dangerous.

So what about racing drones?

The Drone Racing League (DRL) has raised nearly $50M to date after completing their Series C a few years back.

By taking on the Aerial Sports League (ASL), we have a battle for the skies.

I think the founders of the two leagues should race it out in their own drones and the loser has to pack it up.

Volleyball is the 7th most popular sport in the world, yet for years there were no professional leagues in the United States (a few tried but didn’t last very long).

I find this interesting, as beach volleyball is the 5th most watched Olympic sport —even ahead of basketball.

In an attempt to fix the volleyball problem, Athletes Unlimited created pop-up volleyball leagues for pro players along with other sports such as softball, lacrosse, and basketball.

They raised a seed round last year to get the initiative off the ground.

Something else to note…

The athletes participate in a profit-sharing program, so they are staked in the success of the league. Kevin Durant, Caroline Wozniacki, and Abby Wambach are on the Board of Directors.

Attempting to become the most popular sport in the world, basketball has been making its way east for several years now.

The East Asia Super League is a multi-national basketball league that is starting to draw top talent after increased funding efforts ($13M funding round last December).

Just last week, it was announced that Steve Nash’s CTRL media company will do some work for the league as well. They also received FIBA backing which is huge in the basketball world.

It could become the go-to funnel system from Asia to the NBA.

3-on-3 basketball has been growing at an extraordinary pace over the last decade, even recently becoming an Olympic sport.

3ICE is trying to replicate that trend in hockey.

The 3-on-3 hockey league raised a $9.5M seed round last year to continue growing the sport.

Head injuries from contact sports like football have decreased the level of participants worried about their long-term health, as we saw in Issue No. 3: Concussion Tech.

The question is becoming…

Play football and risk CTE or play Madden and risk a virtual life?

Many parents/kids are switching to option #2.

Coming off its $10.5M Series C two years ago, PlayVS is creating a competitive esports league for high schoolers across the US.

Sports played using a controller (eventually a VR headset) will continue to grow.

There are two apparent trends in emerging sports leagues that you may or may not have picked up on.

1. Sports derived out of other ones

A game like pickleball is just another form of tennis/ping pong.

The 3-on-3 leagues are a different spin on basketball and hockey.

While they grant more access to athletes, it will be interesting to see if they can garner enough attention and sign some well-known athletes.

Leagues are only as good as their most well-known players.

The most telling trend — is the safety that’s involved in some of these newer sports.

Just look at the 100-year comparison in football:

The game is completely different…

This begs the question…

I think it’s one of these:

Either the on-field technology will make the physical game much safer or VR/esports will become so realistic that there’s no point in risking your actual body.

If you could show people 100 years ago what sports look like today; they would be dumbfounded.

Don’t assume that even 20 years from now the NFL, NBA, MLB, and NHL will continue to rule the roost.

Sports will continue to evolve (and so will the leagues/organizing bodies).