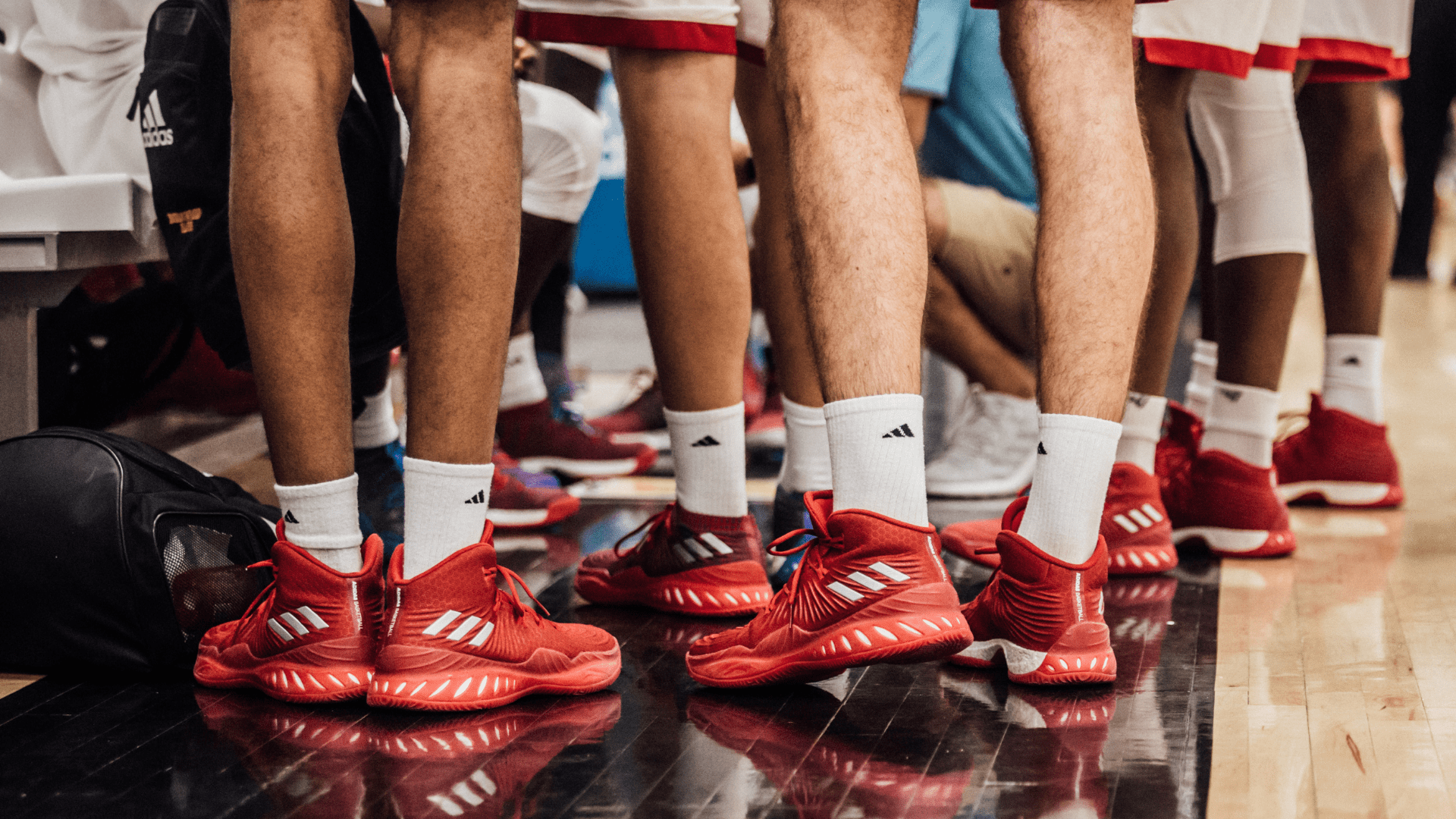 When I arrived at Boston University, every sport had its own apparel sponsor.

All of my initial gear was Nike until Under Armour came along and signed the entire athletic department over to UA.

I went from wearing Kobe’s to wearing Curry’s basically overnight.

Most of my teammates hated the change, but the coaches and athletic department loved it.

And for good reason — let me show you why 👇

Those are the current offerings most schools have to choose between.

52.3% of the 130 Division I FBS football programs are Nike-affiliated.

Some of these yearly deals are will blow your mind.

With that in mind, check out these statements by athletic directors:

“Under Armour apparel, footwear and equipment offer our teams the best innovations and latest technologies to ensure we have a competitive advantage on the field of play,” former Northwestern AD Jim Phillips after the school switched from Adidas.

“We believe this partnership will allow us to provide a new competitive edge to our coaches, student-athletes, and our incredible fan base,” said Washington AD Jennifer Cohen, after the school switched from Nike to Adidas.

“A lot of the young people like that we’re with Nike,” said former Pittsburgh AD Steve Pederson, after the school left Adidas. “If they feel good in it, then chances are they’ll perform better in it.”
“As you can see, it doesn’t matter what brand the school goes with, it’s always in the best interest of the players according to AD’s.

Then they collected data on recruiting, attendance, and on-field performance spanning over 15 years, a period that featured more than 20 instances of switches in apparel brands.

The data was analyzed by isolating changes over time on a per-school basis and controlling for other variables like conference affiliation, stadium capacity, and strength of schedule.

I’m sure you can guess it.

It’s all about the Benjamins. 💵

Programs that switched earned an additional $2.9 million in the first year after the switch, including more than $1.5 million in cash and $1.2 million in apparel and equipment.

And that’s exactly why at Boston University I went from 2 pairs of Nike basketball shoes to over 6 pairs of Under Armours.

Besides Money, Is It Worth It?

The edge in recruiting and on-field performance didn’t seem to have any real impact. Even four years after the switch, there was no effect on wins or recruiting rankings, and attendance went down in subsequent years.

What about the brands themselves?

he market actually viewed these switches with skepticism and responded with a drop in the new sponsor’s stock price in the days following the announcement.

For example, Under Armour’s stock dropped 4% after UCLA announced they were suing the company, claiming UA breached a sponsorship deal made in 2016 that would have paid the school $280 million over 15 years.

The market has viewed these decisions negatively, due to the additional costs required and the potential for a negative return on investment.

In today’s era of college athletics — alumni, fans, and recruits understand the importance of resource acquisition.

However, additional funds from a sponsor should be used to attract better coaches and players, along with enhancing facilities.

Did you know that Davidson basketball is sponsored by Li-Ning?

They’re the only school in the country to have that sponsor and Klay Thompson is their main athlete endorser.

Under Armour Division I FBS Schools (17)