History of Guaranteed Contracts in Sports 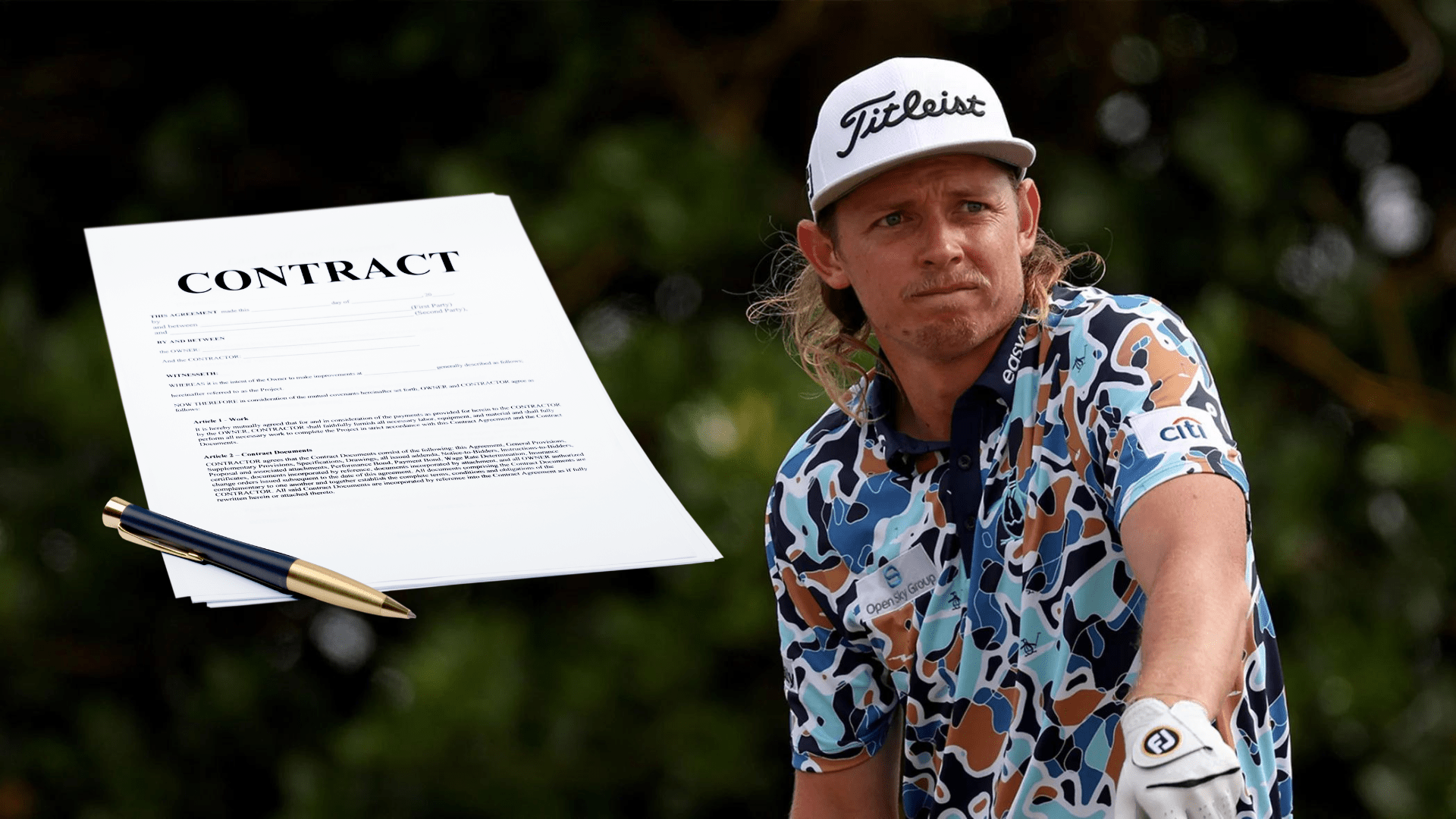 As seen in Issue No. 4: Alternative Sports Leagues –new leagues arise when wealthier owners show up and compensate the players better.

Earlier this week, it was reported that British Open winner Cam Smith is considering leaving the PGA Tour after receiving a $100M guaranteed contract from LIV.

Cam has been a pro for 9 years already. This new offer is 4x that!

How could you turn this down?

It’s like winning the Powerball, but instead, you get to play the game you love with no more pressure (and you’re rich forever).

I’m not hearing about the whole legacy thing.

Let me ask you a question…

If a rival company offered you 10x more money for the same exact job, would you take it?

Of course you would! Don’t fool yourself.

Why be stressed to win some random PGA tournament in Wisconsin when you can take the LIV money and show up to tournaments in your yacht?

The History of Guaranteed Contracts

While guaranteed contracts are inherently great for players, they arose out of the selfish interests of leagues.

And what were those interests?

The rivalry between the NBA and ABA created an intense bidding war for players in the 1960’s.

At the time, NBA players were on year-to-year contracts. (Kind of like how college sports are today…for now).

In spring 1962, Ohio State star Jerry Lucas turned down a three-year offer worth $100,000 from the NBA’s Cincinnati Royals — instead, he accepted a proposal from the ABL’s Cleveland Pipers.

The Pipers’ deal was for less cash than the Royals proposed, but its package included stock options and an executive position with the team.

Since the NBA/ABA merger in 1976, which also made free agency a reality, the players have had at least partially guaranteed contracts ever since Jerry Lucas.

The NHL got its first taste of guaranteed contracts when Bruins player, Derek Sanderson jumped to the WHA’s Philadelphia Blazers after signing a five-year, $2.6-million contract.

This also made him the highest-paid athlete in the world.

Like the ABA, the WHA was an alternative hockey league that tried to poach NHL players until eventually merging with them toward the end of the 1970s.

Before the WHA came around, most contracts were not long-term or guaranteed.

The MLB is the only league where rival leagues didn’t play an impact.

Guaranteed contracts came around thanks to a man by the name of Catfish Hunter.

In 1974, Hunter agreed to a deal with the Yankees that earned him $3.75M over five years — all fully guaranteed.

One of the main reasons players were able to leverage guarantees is because the MLBPA made it a priority for contract details to be public.

This is a large reason why we’re informed on private details such as a salary.

It’s better for the players — if Aaron Judge knows Juan Soto is getting $440M, that’s bargaining for him.

Guaranteed contracts are pretty new in football with star players like T.J. Watt and Deshaun Watson recently receiving them.

It boils down to this…

The NFL is a have and have-not league:

The idea of a guaranteed contract isn’t as prevalent in the NFL because of the larger roster sizes and greater chance for injury.

Honestly, it makes perfect sense…sucks for the players though.

Athletic scholarships are 1-year deals that can be pulled at any time, for any reason.

At Boston University, we would receive our full scholarship contract 1 week into summer workouts.

That was a great day for 13 players on the team (and an awkward one for the walk-ons).

With the emergence of NIL, college football and basketball have turned in to a pay-for-play model.

It’s only a matter of time before the NCAA adds some restrictions to cut back on transferring.

Amateur sports are gone (for better or worst).

Athletes are getting richer by the day.

Guaranteed contracts allow players to breathe a sigh of relief and go play the game they love with less pressure.

They continue to increase in the NBA, MLB, and NHL — but are still rare in the NFL and non-existent in college sports.

LIV is bringing the idea of guaranteed contracts to individual sports which is making things very interesting.

But a question remains across all sports…

How high can athlete salaries get before they plateau?

I’m genuinely curious as to where the top is.

I suppose the market will tell us.

Personally, I think the money will continue to increase for another 20-30 years as sports globalize and NIL allows for monetization at a younger age.

After that, who knows…