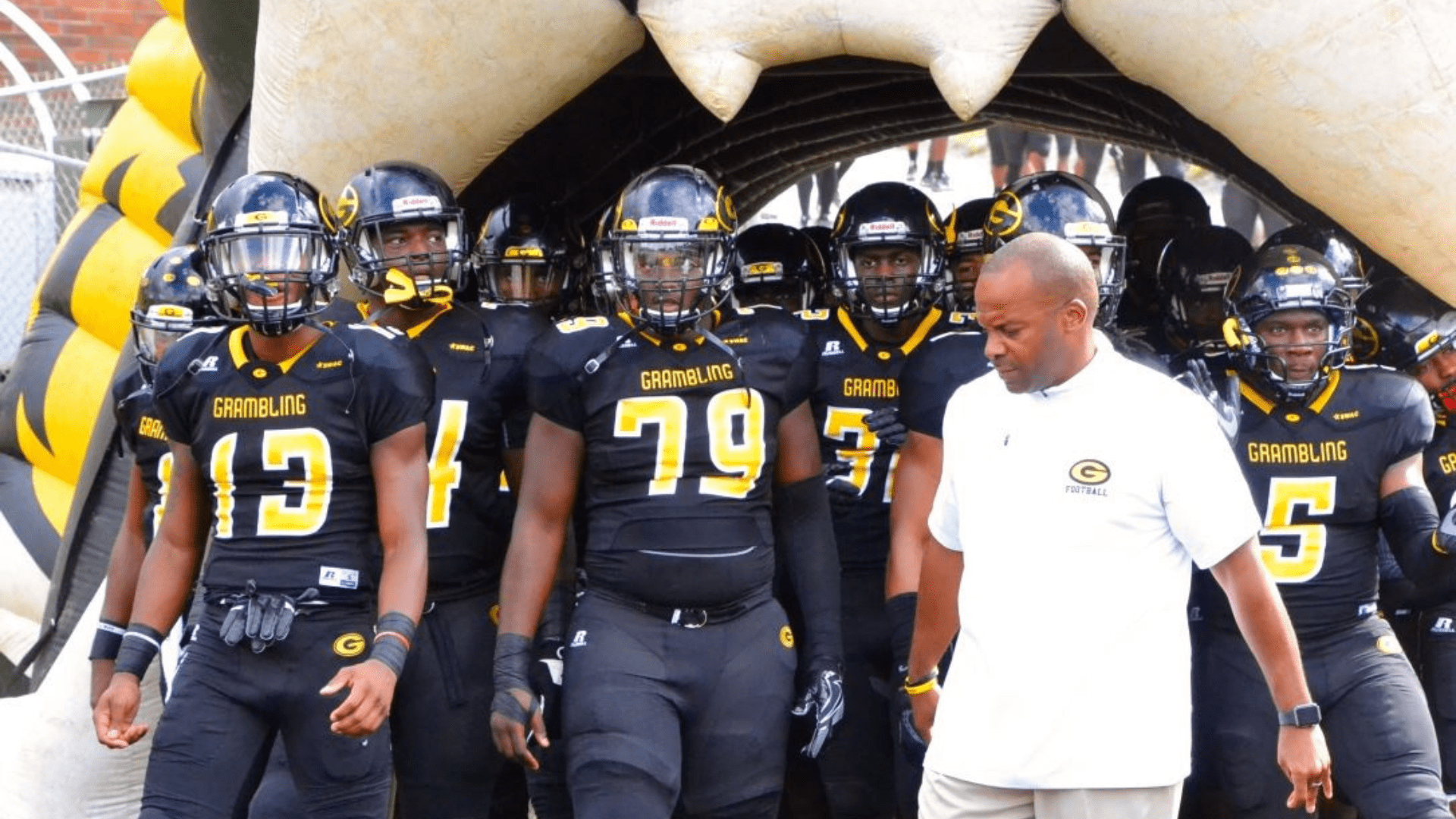 At this point, I think we can all agree that college athletes should be getting paid what they’re worth.

Name, image, and likeness (NIL) is helping facilitate this on the endorsement side of things. But what about from the traditional salary perspective?

Well, it’s looking like things are about to change.

Grambling State University announced yesterday that they are close to signing an athletic-wide NIL deal that will provide income to every scholarship student-athlete at the school.

This is game changing, right?

Well…there are some things to consider:

I’ll answer these, but first, let’s go over what’s known about the deal.

According to ESPN’s Pete Thamel, the school has a commitment to provide income to all Grambling scholarship athletes from two companies — Urban Edge Network and Athlyt.

It comes on the heels of the hiring of former NFL head coach Hue Jackson as their head football coach.

The deal would be the first of its kind, although it is unclear what the actual details are. I’m sure more will be released in the coming days – but let’s break it down.

The Financials Behind Grambling’s Deal

I think we can all agree that being a collegiate student-athlete is a full-time job.

So with that said here’s some speculation on what the deal might be worth.

There are currently 251 student-athletes at Grambling State University.

So if every student-athlete at Grambling State were to be paid at the minimum wage level – the NIL deal would be worth $3,785,080.

I would assume it will be far less than this. Why do I say so?

Before doing some research, I had only heard of Athlyt from a conversation with their Chief Product Officer awhile back.

Both companies have ties to HBCU’s (Historically Black Colleges and Universities).

On their website they have Microsoft as a listed partner.

Athlyt is a NIL platform, acting as a marketplace between brands and athletes.

I’m not sure how funded both of the companies are, but clearly enough to provide every athlete at a fairly large school with money.

Some questions to ponder… (and my answers)

My gut-feeling is no. Grambling State has committed to improving their football team (hired former NFL HC, brought in a bunch of high level transfers) so I would think the football players would make more money than say women’s cross country runners.

NIL is not just pay-to-play. Assuming the deal goes down with Athlyt and Urban Edge Networks – I’m guessing social media posts, appearances, and promotions will be a part of the rendered services.

Yes. The deal is facilitated by third party companies, not the University.

There is a lot of compliance and organization needed to be done for this deal to work seamlessly and legally. A team-wide deal is hard enough to coordinate, a school-wide deal seems super stressful.

For the athletes, yes. Will most likely be easy money for relatively simple tasks.

For the brands, it depends. Yes they got a great media story out of it, but how well will the campaigns convert is another question.

Main Takeaways of the NIL Deal

The best part of this development is that athletes are finally getting rewarded for their services.

There is a lot to be worked out in the coming months and years, but we’re moving in the right direction.