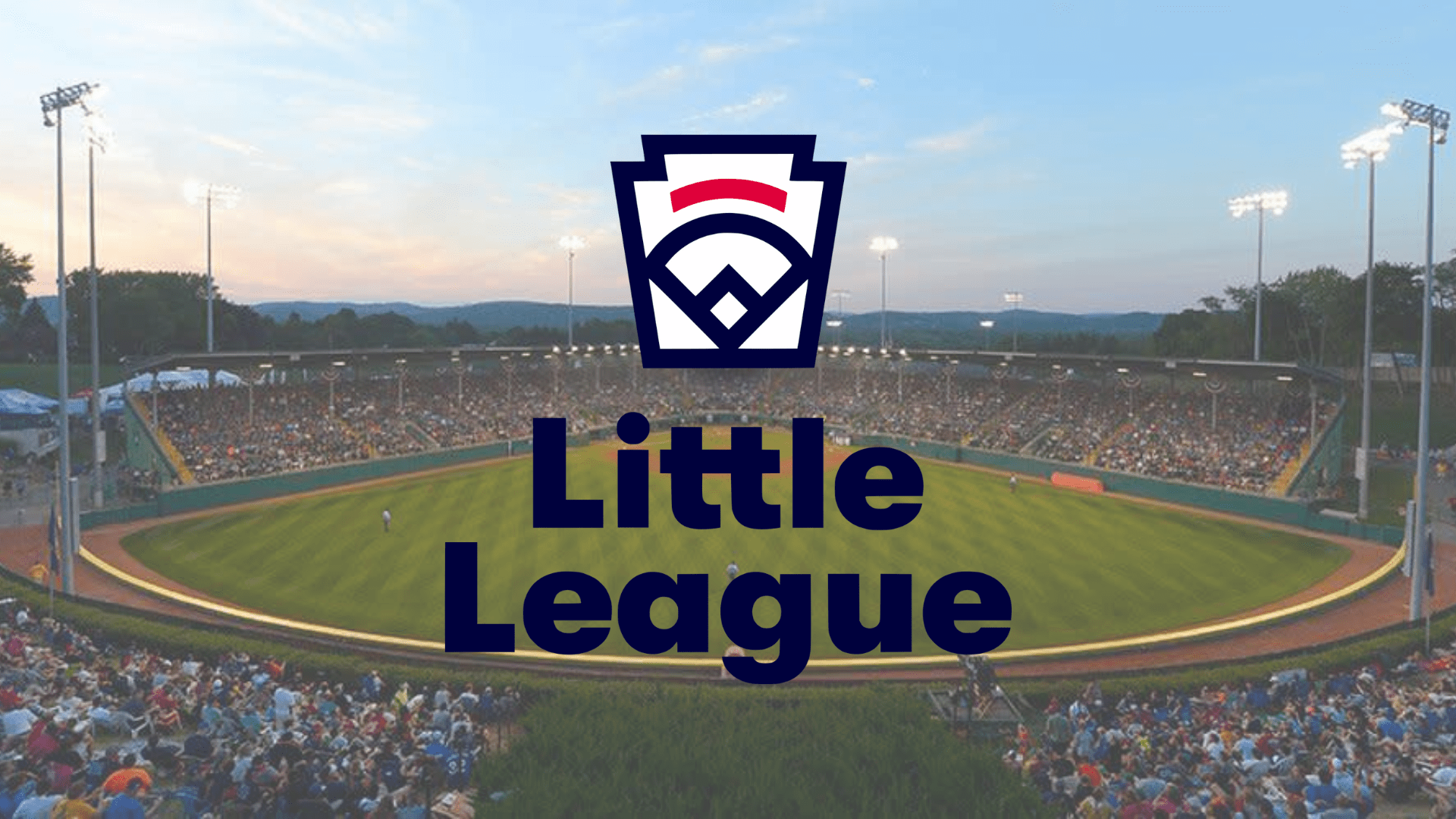 Youth sports have silently grown over the last 20 years (and they’re only going to get bigger).

Wintergreen Research estimates that it’s a $19.2 billion industry in the United States and will reach $77.6 billion globally by 2026.

Every August we’re reminded why…

Baseball teams from all over the world arrive in Williamsport, Pennsylvania to compete in the Little League World Series (LLWS).

It’s undoubtedly, the largest (and most popular) televised youth sports event in the world.

Over 12 days, 38 games are televised on ESPN or ESPN2 — ending with the championship on ABC.

But how did we get here?

History of the Little League

The Little League was founded in Williamsport in 1939, making it the first youth baseball league in the United States.

8 years later, the first-ever Little League World Series took place and has been every year in August (besides 2020).

Over the last 70 years, the organization has expanded to over 6,500 baseball and softball leagues in the U.S. and more than 80 countries worldwide.

So what’s the catch?

Local leagues must pay $10 per team to use the Little League name and have accident/general liability insurance.

Business of the Little League

Little League is considered a non-profit with its headquarters in South Williamsport, Pennsylvania.

Non-profit or not, the league knows how to make money.

Over the last few years, the Little League has cracked $32M/year in revenue, according to its most recent Form 990 filing with the IRS.

A solid chunk of their revenue comes from advertising…

Little League has official sponsorship deals with 12 companies including:

But their most notable partnership is with the MLB (Major League Baseball).

Since 2017, an MLB game is held during the Little League World Series at Bowman Field in Williamsport.

Earlier that day, those three will call a Little League World Series game providing a cool experience for the teams involved.

The partnership between Little League and the television networks goes back decades.

ABC has televised the Little League World Series since 1963.

This is the second-longest deal between a network and event, trailing only the Masters on CBS, which dates to 1956.

ESPN has aired Little League games since 1987 (recently providing a financial boom for the youth league).

In 2013, Little League and ESPN finalized a deal that pays the organization about $7.5 million annually through 2022, according to SBJ.

This deal has recently been renegotiated through 2030, and while the details haven’t been released publicly, we can assume that it’s greater than or equal to $7.5M.

And that’s not all…

In recent years, ESPN has expanded its coverage of Little League, including airing all of the Little League Softball World Series.

This year, ESPN will air roughly 340 Little League games, with most of the regional games on their streaming platform ESPN+.

ESPN plans on continuing its expansive coverage of Little League in the coming years.

The LLWS typically draws good ratings as August is a slow month for sports before college football kicks into full gear.

Despite the millions of dollars the event generates each year, many people are drawn to the nostalgic feel of the Little League World Series.

But that could change…

With the commercialization of youth sports (and NIL sweeping it’s way through the collegiate system) I think it’s only a matter of time before the Little League ups its revenue.

If they charged just $10 for admission to the 38 games at Williamsport — it would result in an additional $10M in revenue.

Here’s something interesting they could do as well….

Take half of that $10M and provide it back to the teams and organizations.

Once name, image, and likeness (NIL) allows for the monetization of all athletes — maybe pay the players a small percentage.

With roughly 300 players in the LLWS, taking just $1M of that additional revenue could get each kid paid a nice $3,333.

I don’t think we should make sports all about money (especially 13-year-old baseball).

But at a highly competitive level like the LLWS — which makes ESPN and the Litle League nice profits — there’s nothing wrong with giving the players a small chunk (maybe they can’t touch it until they reach college).

Sports are headed this way with the monetization of everything anyway…

Finding the gentle balance between getting athletes paid and keeping the game “fun” will be the next great hurdle in youth athletics.