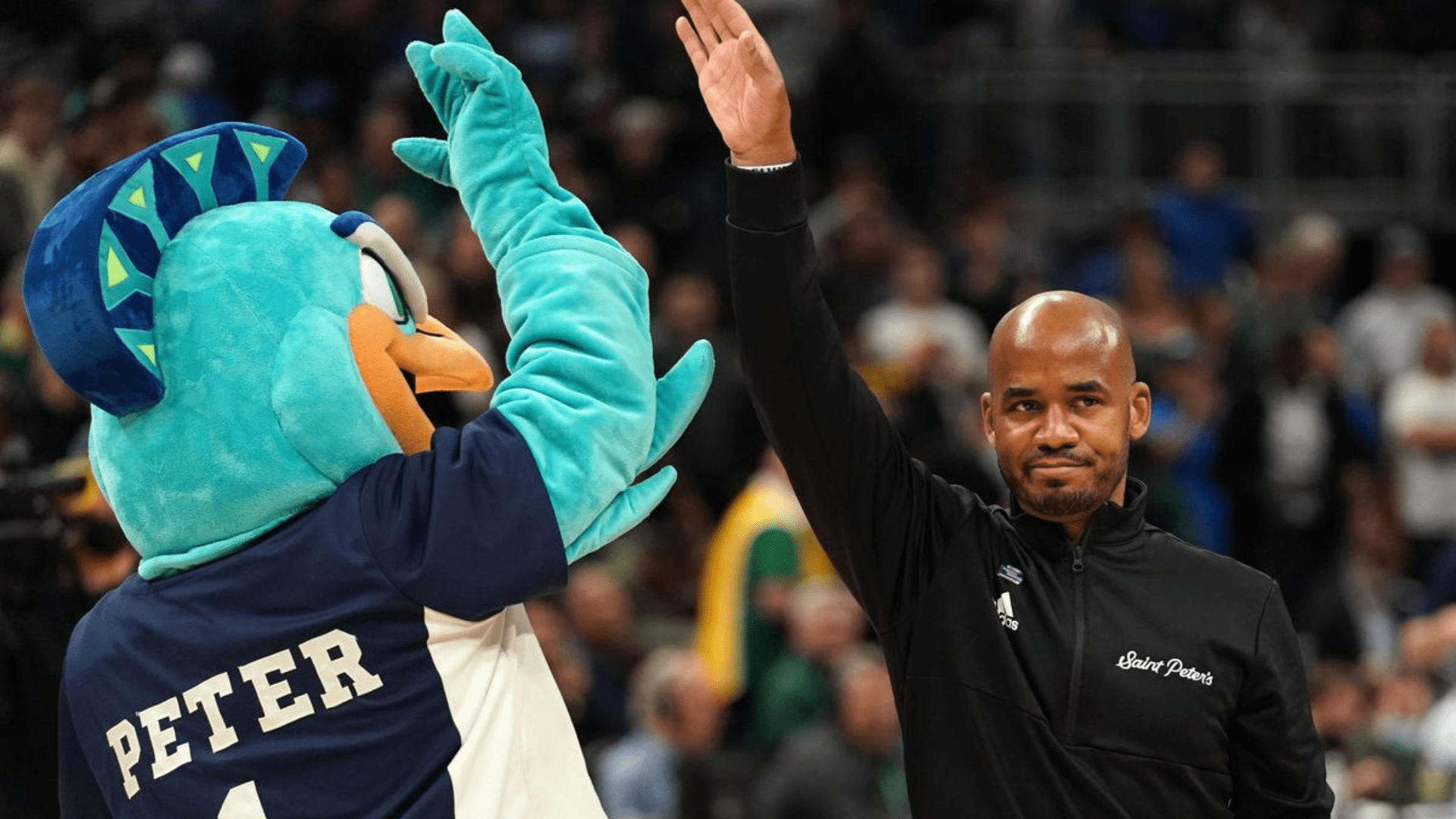 Despite having a budget in the bottom 5% of the ENTIRE NCAA.

The Business Behind Saint Peter’s Run

Along their run, Saint Peter’s took down some powerhouses in Kentucky, Murray State, and Purdue.

Saint Peter’s Compared To Their Opponents

The University of Kentucky spent $1M on recruiting alone in 2021.

Saint Peter’s total basketball expenses are slightly over that.

St. Peter’s basketball stadium (3,000) versus the teams they beat.

Coach K said Holloway is “worth more than $10M to the university”.

Jim Larranaga took George Mason to the Final Four in 2006.

NIL And Other March Madness Earnings

Saint Peter’s has earned ~ $8.1 million from its NCAA tourney run.

But there’s a catch…

That money gets divided up within the MAAC conference over the span of several years – they’ll receive roughly $812k/yr.

NIL is paying off for athletes.

A year before Saint Peter’s historic NCAA run, the university received 149 donations totaling a little under $500,000.

From March 9-26th, as the Peacocks advanced through the tournament, the school received 414 gifts totaling over $2.3 million.

In the first eight months of the fiscal year, which started in July of 2021, the school reported just over $58,000 in sales.

So in 2 weeks, they made nearly 6x what they make in a year.

And sales were booming on the campus as well.

From September to December, $20,000 in apparel sales took place on St. Peter’s campus. They nearly did that in one day during March Madness.

And it gets even better:

During the week of March 12th, search terms for Saint Peter’s on Amazon were comparable to the biggest college football teams in the run-up to their seasons (think Alabama, Ohio State, Notre Dame, etc).

In the two days following their upset of Kentucky, Saint Peter’s was the top-selling institution on Amazon, with over $40,000 in sales reported by sports merchandise retailer Trevco.

There’s also this thing called “media attention” and St. Peter’s received a lot of it.

It’s estimated that the university received between $125m and $150m in “free media” during their tournament run.

But what about enrollment, NIL, and future implications?

The Benefits Will Last For Years

St. Peter’s athletic director Eugene Cornacchia recently said that an alumni reception in Bergen, NJ drew more than 70 people — it would typically get around 25.

It’s anticipated that applications and enrollment will increase as well, but won’t become clear until next year. The school’s international graduate business program has already attracted additional interest from Japan, Italy, and India according to Cornacchia.

Ever since, the FGCU’s number of applicants has more or less maintained an annual level of between 13,500 and 15,500 applicants, whereas that number just barely cracked 10,000 before its March Madness run.

I don’t anticipate Saint Peter’s to have as drastic of an increase, but there will certainly be a bump up.

Despite all the wins, there have been some setbacks though.

Head basketball coach Shaheen Holloway left the school a day after the Peacocks lost to North Carolina for a reported $2M/yr.

Holloway took the head coaching job at Seton Hall, a Big East Conference school where he played his college ball.

This included Doug Edert, who gained a lot of media attention for his mustache and 3-point shooting during the tournament run.

Doug made over $10,000 in NIL money and is transferring to Bryant University.

All in all, making a run during the March Madness tournament equates to big business for the school.

PrevPreviousThe Growing List of Pro Athletes Who Own Sports Teams
NextRapidly Growing $1.5B Esports Market (And Where It’s Headed)Next