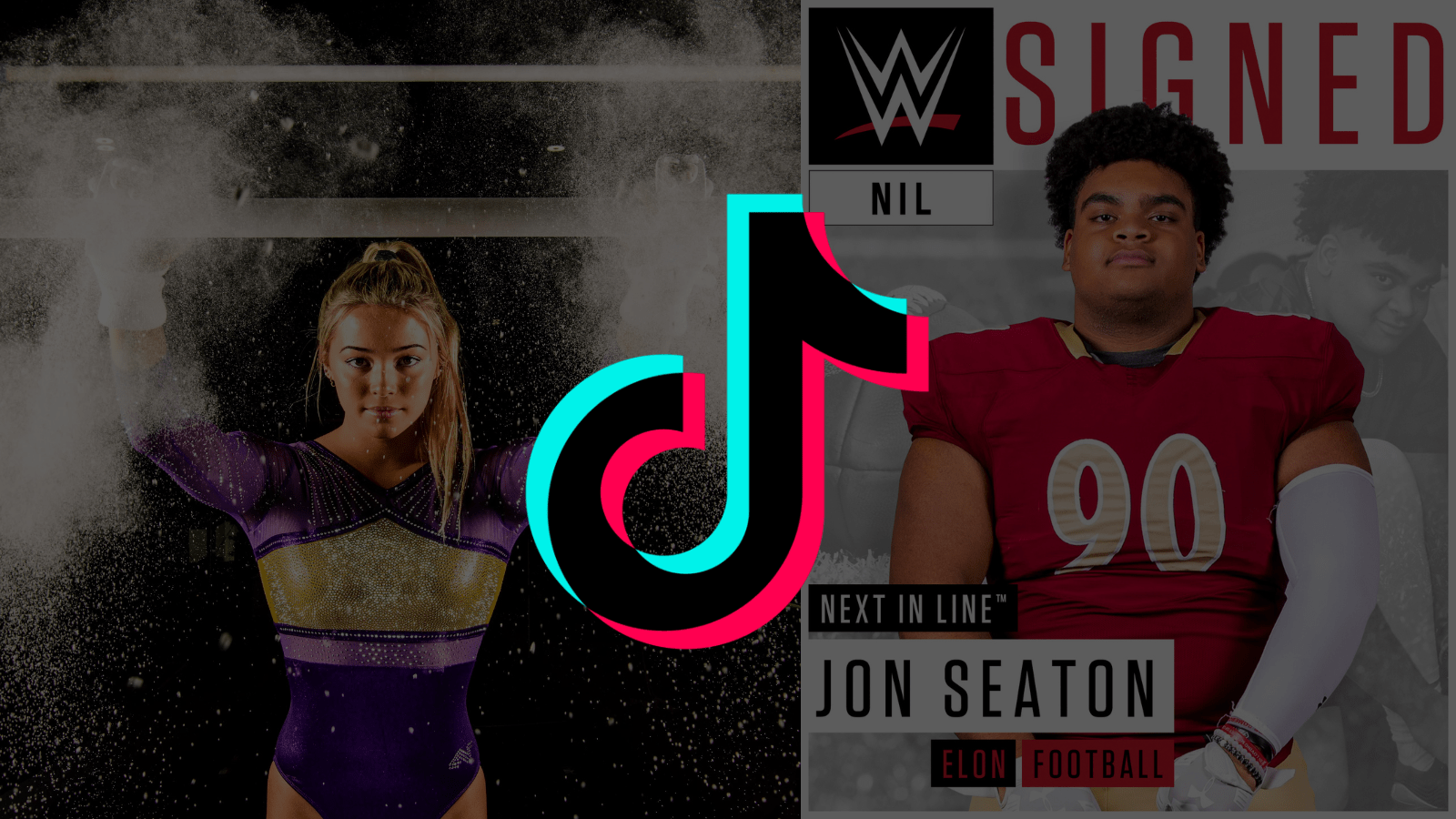 One of the most visible trends across the landscape is that the larger a college athlete’s TikTok following, the larger their NIL deals will be.

Look at Livvy Dunne and Jon Seaton for example.

Neither of them falls under the category of star football or basketball player.

Livvy is a gymnast at LSU, and Jon is a walk-on football player at Elon University.

They do have something in common though: a large and engaged TikTok following.

As of this post, they have over 7.2 million combined followers.

Both of these student-athlete-entrepreneurs have benefited greatly from TikTok and are signing massive deals to monetize their name, image, and likeness (NIL).

Dunne is now a millionaire (or what I like to call a “NIL-ionaire”) and Jon has signed well over 6 figures in deals.

Livvy has inked sponsorships with:

While Jon has done deals with:

Let’s take a look at how they did it, the steps athletes are taking to accomplish similar feats, and what brands can learn from these case studies.

Before diving into TikTok, you need to understand the cycle it takes for creators to sign deals.

It’s pretty simple when broken down:

You’ll notice that ALL athletes who are big on TikTok have a general content strategy.

They ask themselves these two questions:

1. What am I posting about?

They understand the importance of a well-defined niche.

This makes it easy for the right brands to reach out (and also for Jon and Livvy to know which companies are a “good fit”).

Let me show you what I mean…

His bio (despite what it says) is very creative.

It draws you in to at least watching a few videos. It also lets you know he’s a football player.

I’m a fan of all creators using their real names. Put your name behind the brand — more risk, but greater rewards in return.

Taking a look at his content, you will notice the overall niche he plays in and then the subsets of it.

All of his videos are football-related but are broken down into subsets such as:

The “Big Boy Probs” series contains the most popular videos he has done. They are super niche-focused.

By focusing on the super-specific niche of big boys and linemen, he’s been able to expand into the broader audience of “football” over time.

You’ll find that all of his deals are within his niche as well:

But if you pay attention to Jon’s content, you will notice that most of the time he has a chain that hangs outside of his shirt.

GREAT pick up by shopGLD to recognize this and set up a deal.

And I’m assuming this is just Jon’s style…but he’s even more creative than I thought if it was done on purpose.

With such a large following, brands will pay a premium to have their product/service included in his videos.

Jon makes a large proportion of his money off of promoted posts on social media.

For one Tik Tok post, Jon is going to make several thousand dollars. That is why most brands do bulk deals — which is optimal for all parties involved.

I’m speculating, but based on my experience with NIL deals, Jon is making into the 6 figures range.

He recently launched his own venture as well — Big Boy Council.

What You Can Learn From Jon

Niche is why Jon has been able to build such a large following and how athletes/brands can too.

As an athlete, you have built-in niches you can focus on.

Whether it’s recruiting, relatable skits, behind-the-scenes content, academics, or even a personal hobby. Pick something and roll with it.

As your audience grows you can begin to widen your niche.

The same can be said for brands.

You have to ask yourself:

1. Does this athlete align with our vision?

2. Does their audience match up with our ideal customer?

The answer should be “yes” to both of those questions if you want to maximize your ROI.

The best creators/brands utilize TikTok’s analytics system to learn more about their audience and what videos their followers enjoy the most.

The overview section has everything in one place:

You’re then able to click into these sections to get a more detailed report.

One of the most helpful is the follower’s section.

You’ll be able to see gender, country, and what time they are the most active.

Use this information to your advantage. Maybe you should start posting at night, instead of early in the morning.

Test, trial, and experiment new things – then use the analytics to optimize.

It takes time. Livvy and Jon built their following with 2 years of daily publishing.

No one else is like you or your brand. You have a unique story to tell!

Companies Building in the Space

Name, image, and likeness (NIL) has been around for a long time.

But the legalization of it for college athletes has created a feeding frenzy of new companies.

As I continue to build out The Petcash Post, my goal is to shed light on these companies and the impressive people behind them.

The business of athletes is still in its early innings — NIL, futuristic tech, and the creative economy aren’t going anywhere.

Unicorns and $100M dollar companies will continue to emerge out of this industry.

PrevPrevious$50,000 Could be The Minimum For College Athletes
NextKlay Thompson’s 6 Best InvestmentsNext