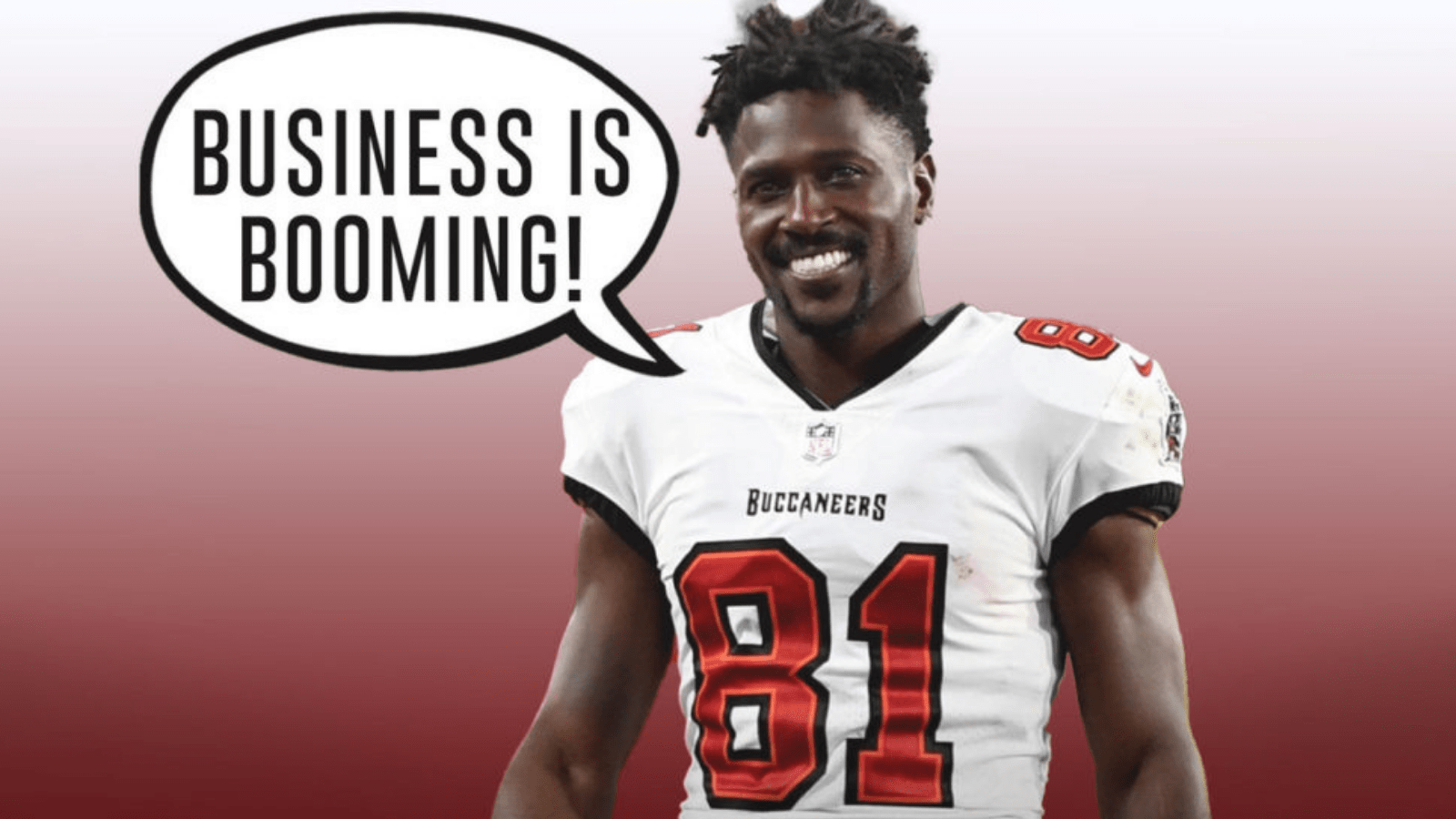 $100M in NFL money and array of businesses off the field.

AB got paid well throughout his career.

He earned over $100M from NFL contracts with the:

He was the highest paid WR in the history of the NFL in 2017.

AB makes over $3M/year from endorsements.

Brown has over 10 million followers on social media which helps boost his brand value.

But it takes money to make money

Vydia production pays him $5m/yr to drop his music on their platform.

He’s appeared in collaboration videos with other artists and is performing at @RollingLoud.

He also owns the Florida gym 84/7 along with 5 homes throughout the US.

After AB’s Week 17 exit, an NFT was released.

“NFL and Nike only payed me 5% of my royalties on jersey sales. I missed out on $9-10 million”

AB is a fan of ownership through Web3.

Next, he plans on launching a sports apparel brand with Kanye West.

He’s always on the lookout for the next business opportunity.

1. Started the Live Your Vision Foundation

4. Hosted a picnic where he gave out free shirts, food, and bikes

“I am a star – not because of football, I choose to do that!

I got so much more to offer the universe:

Most importantly empowering the youth.”

Antonio Brown is a misunderstood business man — with a lot of money to back it.